There once was a boy called Tom Ugly. A prodigious talent. From an early age Tom knew that he wasn’t like the other children in the playground. Instead of kiss-chasey and ring-around-the-rosy, Tom was enamoured with the world of music and devoted most of his time to banging on Tupperware in the kitchen. 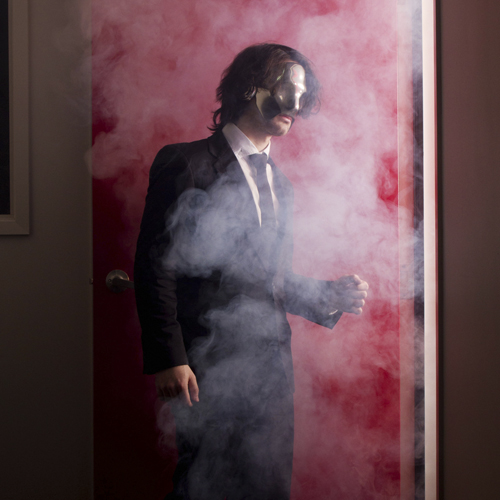 Time passed and the obsession evolved. From Tupperware to percussion….percussion to strings…strings to voice…voice to electronics. The unique abilities of this boy were confirmed when, at the tender age of 16, Tom (and his band) became the first in a long line of unfathomably talented youngsters to take out Triple j’s Unearthed High competition. Tides were high. Tom released his debut self-titled EP to much critical fanfare and continued on his merry way with extensive touring of Australia. People were talking and the sky was the limit. But just as things looked at their brightest, Tom left school and set off on a soul-searching journey of the Americas.

Nobody knows for sure what happened on that trip, but the boy who left Australia on an artistic discovery came back a very different man. In the months that followed, many late nights were spent feverishly indulging his thirst for art. Collaborators were called in at unusual hours to chip in a particular harmony or riff. Countless great songs were created during this time as Tom experimented with convention and pushed his imagination to its limit. But it wasn’t without consequence…

Unable to show his face, Tom continued to express himself through his music. With a growing stockpile of musical wares, Tom is now ready to share the first of his new songs, accompanied with the firstever glass-cube Residency at the Oxford Art Factory, which will be performed throughout the month of August.  Looking back on his recent transformation as both a person and artist, he has aptly titled his new track I Was Somebody Else. Featuring accompanying verses by Melbourne MC Pez and coproduced by Greg Wales, the song harks back to a time when things were less complicated, pillared by an unwavering sense of hope. Where Tom’s musical evolution takes him next is anyone’s guess, but we can take solace in the knowledge that the boy still lives in this young man.

Lyrics
Living within a sedated space,
You’re living in a cage
It’s breaking all the patterns in your brain
And these days,
It feels like you just want to gun up a parade

I’m not sure how I got here,
Hopeless and so distant
– Maybe you can blame it on the times?
But most of the time it feels like I’m not here
See with all I was sure that I wanted from life
I never thought that I’d pause and just watch it go by
Now it’s life and it’s always the same
But I swear I wasn’t always this way

I used to think how to pass the time
Now I think how it passed me by
It’s kind of strange how I do feel ashamed
‘Cos in truth though I choose to complain
I still remember the first day that I pushed me aside
I’ll get to it but I just need some time
You think it’s O.K. if you have your own aim
Somewhere still up in your mind
But then your brain becomes weak
And love becomes fear
Days become weeks
And months become years
‘Til you’re here, you’re in a crisis
You feel like you’re in denial if you keeping
I swear it makes me wish I could change tense
And go back to when everything just made sense
But I can’t so I’m sitting at this same desk,
Counting down the minutes while I’m thinking of a day when…

Looking at the stars while you’re waiting
But look into the past of your way in
Hold it along
Hold it along
Maybe you can blame it on the times?