Illusive and Totem Onelove are extremely excited to announce the birth of a brand new under 18s music festival – Breakout– and its inaugural events in Melbourne at Sidney Myer Music Bowl (Fri 25 Nov) and Sydney at Hordern Pavilion and Byron Kennedy Hall (Fri 2 Dec). 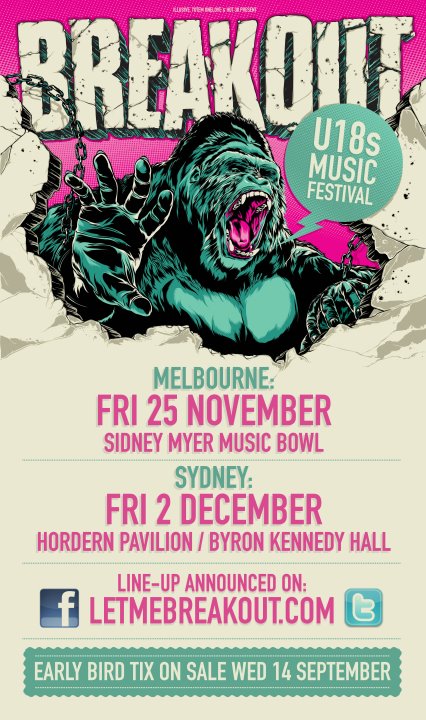 The first two acts to be announced for the festival are LA’s multi-platinum party rocking duo LMFAO and skyrocketing local hip-hop star 360. The dance and urban focused festival will continue to announce headlining acts each day this week at 4pm (AEST) via its website (letmebreakout.com) and social networks. Breakout organisers promise some of the globe’s biggest names and are expecting both events to break records for an under 18s event in Australia. The festival will feature multiple stages and a number of yet-to-be-announced attractions. Very limited early bird tickets to both events will be available from 9am (AEST) on Wednesday September 14th and are sure to be snapped up in an instant.
Phrase along with Diafrix were also recently announced along with Bliss N Eso’s very own DJ Izm.