Ellesquire blends humorous, self deprecating lyrics with more traditional hip hop style braggadocio battle raps while exploring topics from reflections on life and heart break to visions for his future. But not one to confine himself to just rapping Ellesquire also shows some singing talent handling hooks with a clear ear for melody. 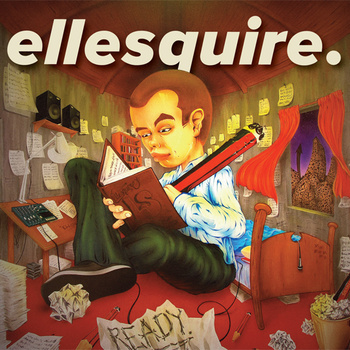 Ellesquire has already independently released a free album in 2010 with Loose Change (Ellesquire, Rapaport & producer P Major) The two got straight back in the studio to begin work on Ellesquire’s solo album while playing support slots for artists such as Gift Of Gab (Blackalicious), Biz Markie, Urthboy, Horrorshow, Ozi Batla and Thundamentals to name a few.