Two local hip hop pioneers; Bias B and Reason both decided to hang up the mic in 2011 after both of their extremely influential solo careers. Two of the biggest names in the development of the local hip hop scene both Reason and Bias B will continue to live on in the culture through the understated contributions they have made to every aspect of hip hop in this country. 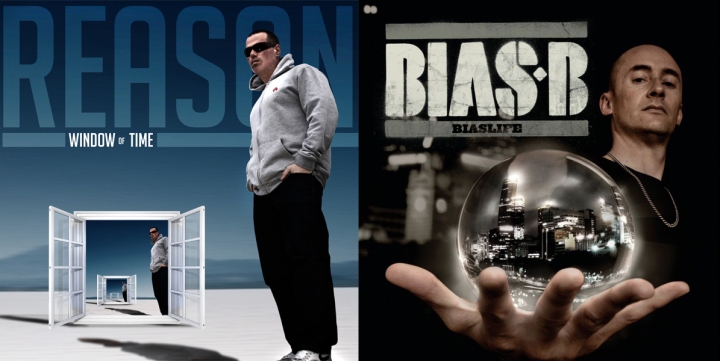 Bias B held his last show in Melbourne at The Corner Hotel, the venue was packed out with representatives from all corners of the nation and was a true testament to his genre-defining reign as one of the original kings of Australian. From the late ‘80s, Bias was involved in hip hop in one form or another, it wasn’t until 1998 with the release of Beezwax (Wild Child Productions) that Bias truly found his path, soon after he alinged with Obese Records dropping the Hip Hop Life EP 12″ and his Been There Done That LP. The albums In Bed With Bias, Aerosol Era and the recent Biaslife were all released on Wordburner Entertainment. In 1999, Bias B released the classic Boney & Stoney album, along with fellow crew members Len One and Lazy Grey.

Reason chose the Espy in St Kilda for his last Hoorah in his home town of Melbourne. With as much love and support backstage as there was amongst the impassioned scrum of fans front-and-centre, the night was a most befitting final siren for the mentor and interpersonal force behind a subsequently nationally unified scene. Since the very early stages of his career in hip hop Rea’ as he’s affectionately known, was uniting crews nation-wide, a sure-fire keystone to the strength and productivity of the genre today. Whether a veteran of the culture or newbie, none can claim a knowledge of local hip hop history without Reason’s story being heavily featured.

2011 saw both artists release their final albums with Bias B – Biaslife in May, and Reason – Window of Time in November. This is the last of our 2011 Wrap Up posts. Next year’s wrap up will be bigger and better than ever, including more artists and labels.