2011 was a huge year for South Australian MC & Producer Purpose. Instead of doing a 2011 wrap up for Purps, we caught up with him to chat all his If The City Had a Voice Mixtape series, the new album, highlights from 2011 and what the future holds for this enigmatic artist. 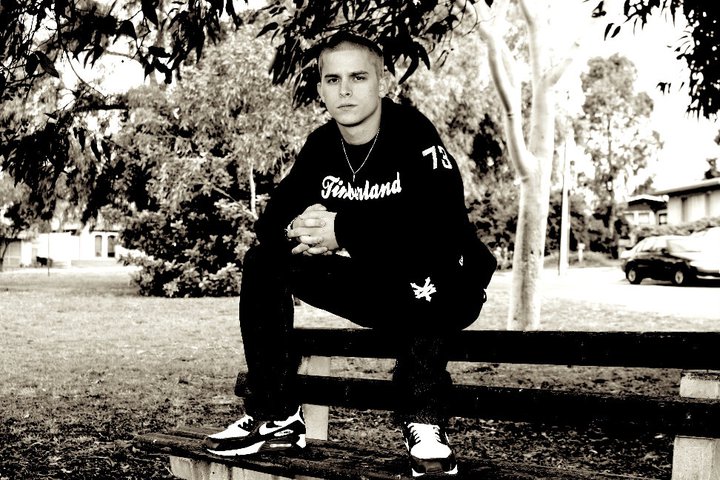 You had a huge 2011, what was your biggest highlight of the year?
The feeling of finally just putting the mixing/producing skills I’ve learned over the past few years into practise was extremely satisfying. But every time this question pops up I have to say performing on stage with the Hoods at the Hip Hop for Flood Relief. Any MC from my generation who grew up watching these guys achieve what they have would say the opportunity to perform a song with them is a dream come true.

2011 saw the release of your ‘If The City Had Voice Mixtape’ series (Part’s 2 & 3). This series had a strong emphasis on quality, but at the same time you seemed to experiment with a variety of track styles. Would you agree?
I think I just wanted to get lost in it and see where it took me. I don’t have a plan for my releases like ‘I’m going do a sad song, then a happy song, then a cheeky song, then a story song’ it just comes out how it does. When people deliberately try to make a diverse or different album it sounds like they’re just checking off boxes to avoid being put in one. With the mixtapes and the upcoming album I literally just went in the studio and whatever I felt at the time I would do. DJ Hacksaw was iincredible. He did all the cuts on both Part’s 2 & 3 as well as mixing the tapes. If you look back at albums like ‘Red October’, the only thing it was really missing was the DJ. By adding him to the picture the music feels more complete. Given that we have similar taste in the classics it has worked out crazy, especially with the latest joints for the album.

Tell is a little bit about the upcoming album titled ‘Where It Starts’. What can we expect from this now highly anticipated album?
The unexpected. It is a whole new level from the mixtapes, despite how long I have been around this is my debut solo album. Musically I took the extra mile on every beat and the writing is my best work. I also enlisted a few features this time around from outside my camp which was fun/ different to past projects. I think every release contributes somewhat to your overall understanding of making music but a solo release is a statement about who you are. You can’t learn that from someone else. The first single will be out by the end of March accompanied by a music video.

Let’s talk about some of the tracks from the latest mixtape City 3. As we noted it’s quite a contrasting release, one of the deeper tracks on the tape is titled Ride This One Out, tell us about that one?
This track was basically one verse to begin with, I freestyled the chorus on a stunt recording. I had written this around the same time as ‘The Build Up’ (a song originally intended to be in the introduction to City 3). I was literally running myself into the ground last year spending every second I could to make the most of every opportunity. I got the balance all wrong. As a result it spat me out with sleeping/anxiety issues, further in debt, on medication and just fatigued beyond belief. Both of those songs were written in the morning at work from me just thinking ‘I can’t keep doing this shit but I have to otherwise nothing will change.’

I Know You Don’t Love Me is on the flip side to Ride This One Out, with its comedic look at a woman who doesn’t really know what she wants. You haven’t come across anyone like this in real life have you?
That one is all tongue-in-cheek haha. I jacked the beat & chorus idea from a 50 Cent song of the same name about how everywhere he goes women tell him they love him and then someone like Usher or Eminem will walk in the room and all of a sudden they love them more haha. I basically ran with the same idea but replaced it with Australian rappers who have ‘heart-throb status’ amongst the ladies. A song like that is always good to put on a mixtape for a laugh. It’s one of my favourites off City 3.

Producer & Vinyl Villains member Debate pumped out a banger on the track Brain On Drugs. He also recently released an official remix of Hilltop Hoods – I Love It. Do you find working with a variety of producers beneficial or would you rather build with one beat maker?
He absolutely smashed that beat out the park. I’ve already snagged a couple more beats from him for something else I’m working on. I do find that sometimes you get to a point in a project where it can benefit by getting others involved but I try to produce a majority of my solo music these days.
I prefer to because I know what sound I want and what suits me, the same way rappers will always work with certain producers who they have good chemistry with. There’s only 2 beats on my upcoming album that I didn’t produce and the reason I added these beats/songs in is because they fit with what I was going for and I am a fan of both producers. There’s no real rule with it though. If it fits, it fits.

You tie out City 3 with a nice edit of Goyte – Somebody That I Used To Know. Do you feel a lot of freedom as an emcee slash producer and being able to play with a track like this?
I kind of do, it’s something I could only do because I put them out on a free mixtape. I don’t have a lawyer to clear that shit haha. The Goyte track was a no brainer for a lot of artists to remake. I really didn’t want to make it into a rap song, that’s why I left the music in it’s pure form and just re-arranged a little place for me to land. People ask me all the time why there’s only one short verse a couple of minutes in but I did that deliberately. I didn’t want to take the song and turn it into something else, I just felt like I could offer something to it. There’s no real detailed story to the verse, it just describes the deterioration of something pure. The sound of a feeling. Heartbreak. Sometimes nothing has to go wrong for everything to be.

During the past few years you have put out a number of releases, including the One Way Ticket LP with Pagen Elypsis. What was it like getting that album out and touring with the other PE members?
It was awesome haha. Hitting the road with 5 good mates who share a depraved sense of humour on very little sleep is hilarious. Being able to take that album around the country was good as well, given it’s success as an independent album it deserved to be celebrated. I think the next few years everybody will be concentrating on solo music, me and Prime are just the first ones out of the gate. In the future we would all love to do another Pagen Elypsis album, but between our solo careers, new babies and the day-to-day it will be a couple of years away. With that being said, there will be songs here and there in that time I’m sure. I brought the whole crew together to lay a song for my upcoming album and it came out ridiculous. Motive is also going to be releasing a solo mixtape late this year and he and I already have another joint album in the works with DJ Hacksaw. Motive showed me some of the music for his mixtape and it’s coming out nuts.

We can’t do a Purpose interview without asking you about your battle days. How do you look back on them and would you ever consider giving it another run?
Haha. I look back on them fondly, Scribble Jam was crazy. As an early teenager I had watched the DVD’s like everyone else, it was surreal to be on the stage and having Kevin Beachem hand me the mic. Cool shit. I am having my last battle on March 10th at Fowlers Live against The Saurus from California for the Got Beef 2nd Anniversary event.

Final comments and shit we’ve missed?
‘Where It Starts’ out just before mid-year. Catch me live supporting the Funkoars with Motive & DJ Hacksaw at the Gov, Adelaide on May 4th. I will also be performing at Come Together 2012 this year in Sydney with 360, Horrorshow, Hermitude, Koolism, Thundamentals, Skryptcha, Seth Sentry & Bam Bam. Tickets go on sale March 15.

One thought on “Purpose – Cities, Classics, Where It Starts”