After a short absence from touring, he’s back on the road, we’ve got the Downsyde and SBX general himself headlining the upcoming show with his solo project Optamus, backing him up is Obese Records latest distro signee launching his debut album The Sampler – Mr Grevis!!! 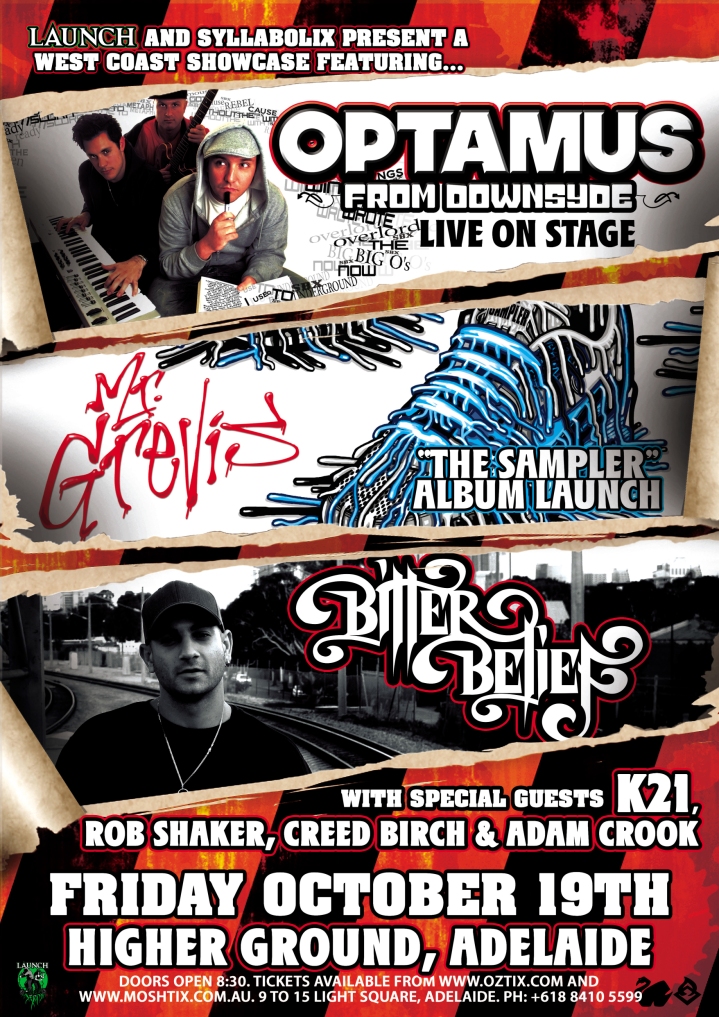 No stranger to Adelaide after extensive touring with Drapht, is Bitter Belief, he’ll be dropping tracks off his last mixtape The Tourguide and also drop some sneak peaks from the up coming album The Gallery, which is set to do some big things. Holding down the decks for nearly everybody on this night, is the widely respected Dj/Producer Rob Shaker.

First time in Adelaide for WA’s current number 1 producer Creed Birch and the last cat from WA to grace the stage with tracks from his debut album One Of A Kind is veteran MC Adam Crook!!! Special mention needs to go out to our very special friend, hometown king K21, who will also be doing his thing on stage with tracks from his recently released LP Single Minded Civilian.  This all goes down Friday, Oct 19, @Higher Ground – Tickets $10 get there.