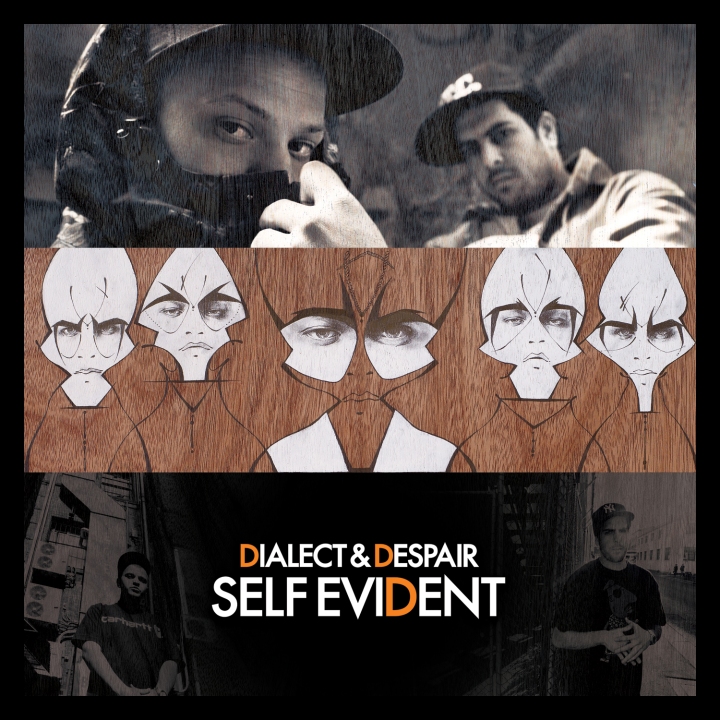 D & D have evolved since the release of debut album The Vortex in 2010, with their rare quality of emcee/producer synchronicity strengthened and all manner of new experiences under their belts. Due for release on October 31st 2012, Dialect & Despair’s second album Self Evident is testament to their passion for their craft, its culture and the historical legacies it has left behind by its champions.

Inspired by ‘That Funk‘ from The Beatnuts and EPMD, ‘Low Pro‘ is a track bound to spark movement in the club with that down to earth feel. Its wild live Indian record sample coupled with a complex drum pattern and Melanie Rutherford’s dope vocals on the catchy hook make the track a memorable one.

Not afraid to wear their hearts on their sleeves, Despair’s favorite track on the album ‘No Maybe‘ is a song centered around love. With Melanie on the hook once again, the track displays the the very best of the Dialect flex, unfolding like a love letter. ‘No Maybe‘ is a throwback to the smooth jams of the 90’s, built on simple instrumentation and a backbone of very funky bass.

The albums title track, Self Evident hits with mass impact. The track and its sentiments are brought to life by a powerful sample, hard hitting drums, and Dialect’s vicious flow. Lyrically Self Evident encapsulates Dialect & Despair’s philosophy, keep it real, don’t buy into trends, respect the history.

With a passion for maintaining a universal hip hop culture, Self Evident focuses on the music, principles and stories behind the movement, whilst blending the old with the new. Self Evident drops October 31st through UKNOWHO Records and Obese Distribution.

“The production is unique; the lyrics are not what everyone else is saying. We are carving our own lane. We are trying to push Hip Hop into another realm for this country.” – Dialect