For Australia’s Matty Fresh it all began around the age of 9. Like most kids of his generation, he was curious about his mother’s record collection, delving into the sounds of the 70s and 80s. 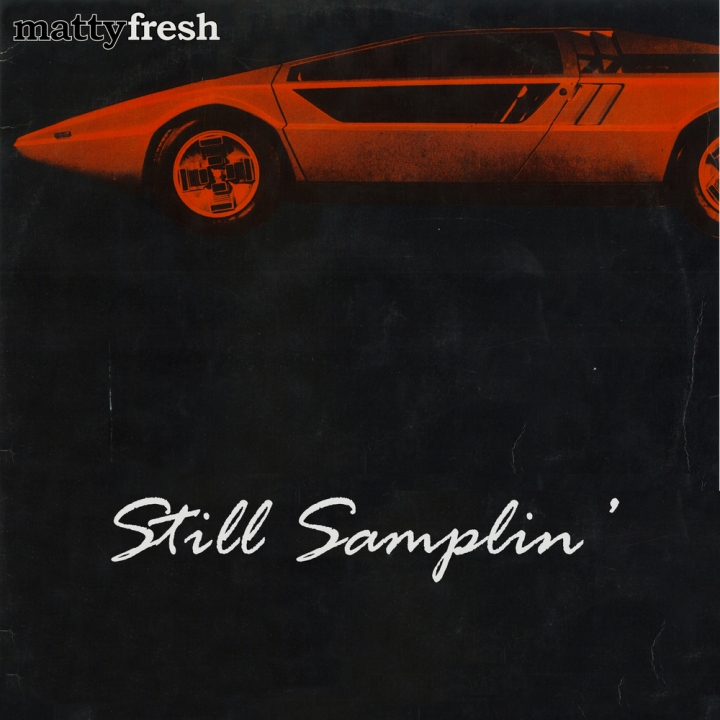 His early taste for music would later ensure an instant love of Hip Hop shaped by artists like Public Enemy, Del, Ice T, The Native Tongues and N.W.A.. Alongside his other great passion for skating, these would create the foundation of what is his debut instrumental album The Ginza Crime Library. In the early 90s, Matty noticed the music featured in skating videos; artists such as Mobb Deep, The Average White Band, A Tribe Called Quest, Gwen McCrae, etc. Skate videos played an important part in Matty’s music education. It was in 1997 when Zoo York’s Mixtape VHS dropped, that Matty realised where his niche finally laid. It was on this VHS that he first witnessed the swagger, talent and musicality of New York’s DJ Roc Raida. These combined talents blew the young teenager’s mind and influenced him to therefore perfect anything he chose in life, which at the time was to become a pro-skater.

Shortly after seeing the video, Matty purchased his first set of decks making mixtapes for friends. His skills were developing and his influences flourished as he became immersed in the underground New York hip-hop mixtape scene. This passion for music drove Matty on a mission, a mission that has not yet ended, a mission to make beats and dig in the crates to get that perfect “one”. He purchased his first drum machine, the MPC 2000XL and set about mastering the art of beat making.

Having an extensive network of Japanese friends, Matty ventured to Japan for a 4-month stint in 2006 that gave him an overload of inspiration. Japan opened up Matty’s eyes like Roc Raida nearly a decade before. The possibilities were limitless, and in his words; “people out there in Japan are just straight doing their thing, making stuff happen, carving out their own destiny you could say.”

While working at Brisbane’s iconic Rocking Horse records, Matty passed on a rough demo of the project to long time friend DJ Sheep. After one listen, Sheep immediately called up Matty and signed him to his label, Blue Corner Records, slating his debut album as the follow up to Terntable Jediz massively successful All Out War release. With a strong influence from his love of Queensbridge hip-hop artists such as Mobb Deep, Cormega, Nas, Big Noyd, Screwball, etc; and respect for producers such as Pete Rock, DJ Premier, Alchemist and Large Professor, any true hip-hop head can instantly identify with what this project sounds like.

On the 25th of June 2010, The Ginza Crime Library finally saw the light of day as a physical CD release, however, it is also available worldwide via DJ Honda Recordings in Japan, on iTunes and all cell phone providers in Japan. Matty Fresh now brings you the follow up to his debut tiled the Still Samplin‘ CD. A brand new 18-track Instrumental beat CD. This album sees Matty mature as a producer bringing a stripped back, no frills maturity from his last album. Definitely one for the archives, beat heads, etc. Limited edition CD of 100 copies only. Pre-orders get the nice price. RRP will be $30 + shipping. Still Samplin’ will drop the first week of January 2013.