Adelaide MC and producer Koolta has just announced final dates and supports for his upcoming Possessions single tour in early February. 2012 was a huge year for the hip-hop favourite, releasing his debut album The Extraordinary Average Joe, supporting the Hilltop Hoods, opening the Adelaide leg of the national Parklife Festival tour and being awarded the MRC’s Clip It! Initiative. 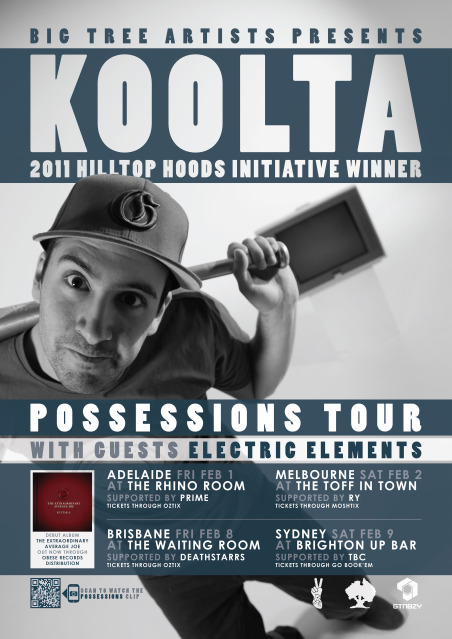 Taking in four dates only, Koolta is bringing some of his mates with him, with support nationally from Sydney’s Electric Elements crew, along with DeathStarrs (BRIS), Prime (ADL), Ry (MELB) and Mute MC & Kit Complete (Big Village – SYD). Tickets to all shows are $10 presale and $12 on the door. All pre-sales come with a free download of an exclusive EP courtesy of Koolta.