With production handled entirely by Plutonic Lab, and cuts by DJ 2Buck, masterful Sydney based MC, Dialectrix presents The Cold Light of Day. The third LP since signing with Obese Records in 2008, lead single New Generation heralded the album’s release almost a year ago, and has anomalously enjoyed month after month of high rotation on triple j in anticipation. 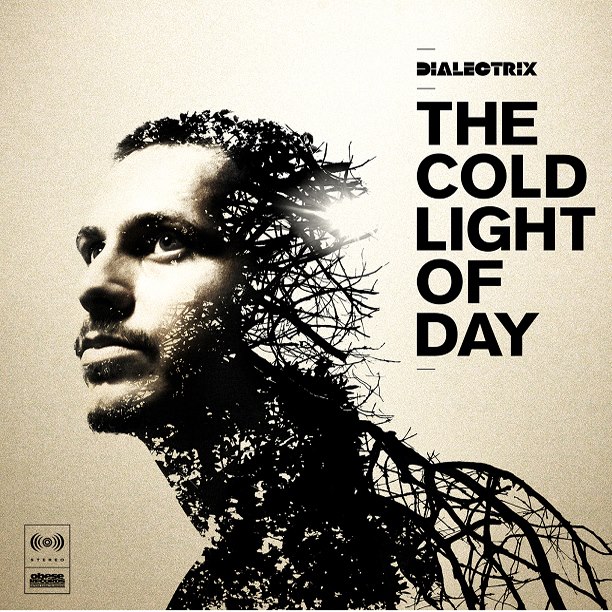 A vernacular acrobat, Dialectrix combines rhythmic precision and variety, with content spawned from cathartic necessity. The album showcases his renowned technical skill and polish, reinforcing his reputation as one of the best in the business. The triad of skilled musicians set the release apart. All meticulous, slaves to perfection; the trio have found a remarkable wavelength based around shared standards. The result: a transcendent album, that pushes boundaries of genre convention with purpose and conscientiousness.

“Sonically The Cold Light of Daysits alone as being musically diverse, while being rigorously grounded in the settings of traditional Hip Hop.” –Dialectrix

Still faithful to their roots, Plutonic Lab and Dialectrix have built on the foundations of traditional hip hop, revolutionising the genre by incorporating live instrumentation and electronic elements. DJ 2Buck’s selection of premium cuts always consummately timed, give the album character and scope. Vocal guests include the legendary Def Wish, P-Smurf (Big Village), Chip Fu, Momo (Diafrix), and a verse from the dexterous 2Buck.

The LP focuses on the many varied themes explored by Dialectrix, each complimented by Plutonic Lab’s custom-made soundtrack.

“I keep working with Pluto because we make music like a band. There’s a synergy and chemistry we get that you just can’t buy or fabricate and I’d consider him one of my best friends.“ –Dialectrix

In the track Fire in the Blood, there is no ignoring Dialectrix’s raw emotion as he wrestles with nature vs. nurture. He relays his deepest fear; passing alcoholism and violence onto his son. Written in an extremely tumultuous period of his life, he has labelled Fire in the Blood “the most raw and honest track I’ve ever made”. Plutonic sets a melancholy scene with haunting vocals, and angry beats.

Take Flight is a laid-back, vibing number inspired by Dialectrix’s travels around Australia. His lyrics reflect on the beauty he has encountered in the places he’s been, and people he’s met, but also the inherent guilt he feels about enjoying a place which was stolen from its original people. With lounge piano, subtle strings and synth nuances, the track cruises.

Opening track Shadow In The Light, is surmised as one of the artist’s personal favourites. Plutonic Lab brings his explosive percussion skills to the forefront and fuses them with syncopated synth sounds, creating a kind of sonic exclamation mark. Second single and immediate standout Go flawlessly combines bold indie rock guitar with pulsing beats, propelling Dialectrix’s impeccable flow forward. The theme for the track is the inescapable presence of ‘time’, racing the clock his flow is exacting and relentless.

The Cold Light of Day is a quality display of true skill and passion. It is safe to say the future of hip hop is safe in the hands of Dialectrix, Plutonic Lab and DJ 2Buck.

“I’d say our music ultimately is thinking music. It’s designed to make someone contemplate what’s around them, and judge things critically. It’s meant to do nothing more than talk about one man’s experience in hope of making someone else feel better.” –Dialectrix

One thought on “Dialectrix – The Cold Light of Day out now”