For the best part of ten years Melbourne’s acclaimed hip hop producer Must Volkoff has been etching out his signature sound. One half of the duo Mata & Must and co-founder of label Pang Productions, there aren’t many who can boast a catalogue such as his. 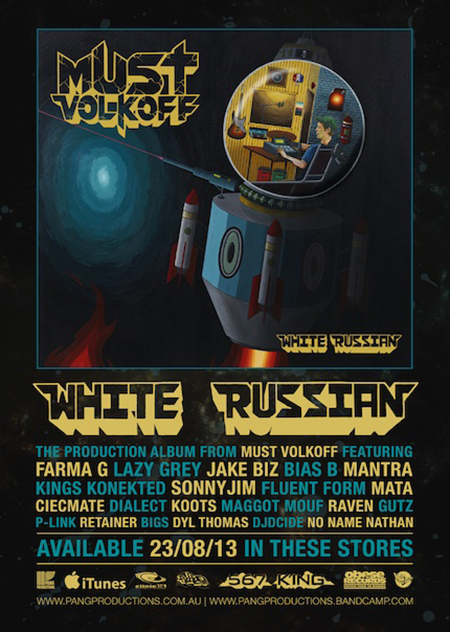 Must Volkoff’s more recent credits include Trem’s Russian Roulette feat. Brad Strut & Kings Konekted, the lion’s share of Fluent Form’s critically acclaimed Flu Season, and several gems on the forthcoming Mantra album including the title track Telling Scenes. Having lent his skills to a plethora of premiere artists at home and abroad, he is now gracing the world with a solo production album.

Catch Mata, Must and One Sixth with an all star local lineup on The Alliance Tour through August and September. Tickets are available for just $20 from here.

Coming soon from Pang Productions:
Mata, Must, One Sixth & Flu – 4 Aces 12″ EP
Koots – Sleeping In The Sink
Mata & Must – Get Your Mind Right