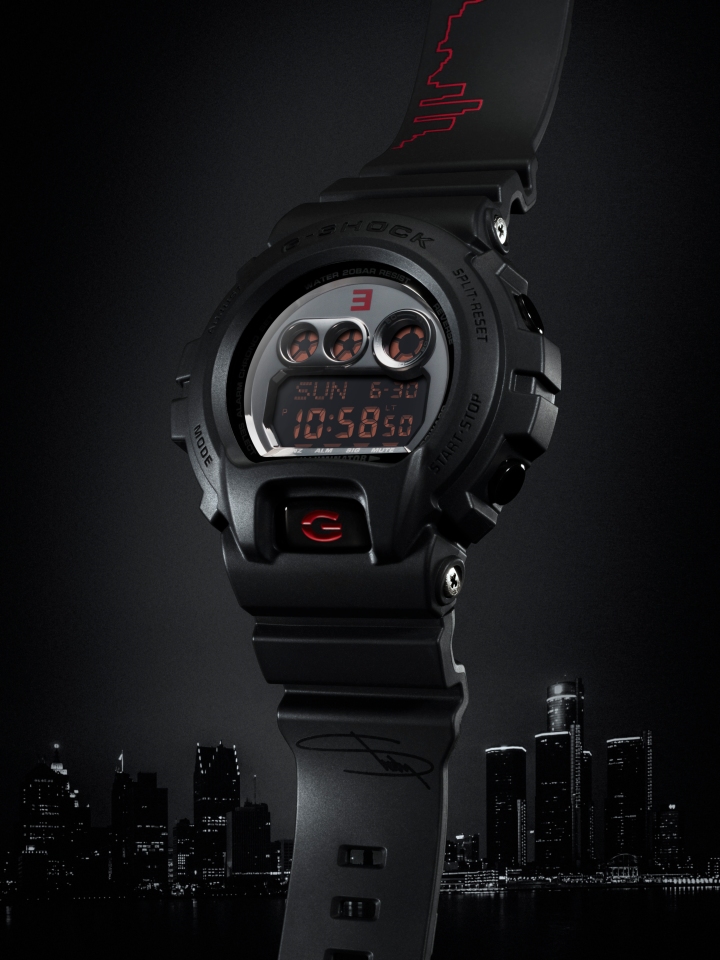 The GDX6900MNM-1 timepiece, available this December, takes the newly-revamped XL-6900 watch face and personalises it with Eminem iconology for a watch that is not only ruggedly functional, but also stylishly streetwise.

The multi-talented Eminem, also known by his alter ego Slim Shady and by birth name Marshall Mathers, is a multi-platinum and 13-time Grammy Award winning rapper, as well as record producer, songwriter and actor. An avid watch collector himself, Eminem can be seen wearing G-Shock throughout many of his music videos and performances, making this collaboration a natural expression of mutual respect and appreciation. Being one of the most recognised and accomplished hip-hop artists of our time, this limited edition collaborative watch with Eminem crowns a long history of hip-hop partnerships for G-Shock.

Available in matte black with black dial and black reverse LCD, the GDX6900MNM-1 harkens to Eminem’s darker past in the crumbling city of Detroit, the skyline of which is printed in bold red on the upper watch band. The watch face and band loop sport the reverse “E” from his stylised moniker EMINƎM, while the watch case back and lower watch band are personalised with an autograph of his alter ego, reading “Shady”.

In celebration of G-Shock’s 30-year anniversary, Eminem will again be giving an exclusive performance at this year’s Shock The World event held in Manhattan, New York City. Each year Shock The World is held to announce the brand’s biggest news and latest releases, and for 2013, celebrating G-Shock’s 30th birthday, there is a lot in store.

“With hip-hop it’s as much about where it’s from as who it’s for,” said Shigenori Itoh, Chairman and CEO of Casio America, Inc. “Eminem has an immense and loyal fan base around the world, as does G-Shock, making this collaboration one that will connect closely with many thousands of collective fans.” 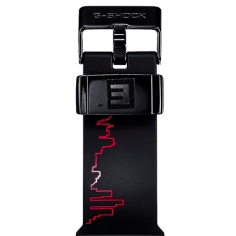