The underdogs of Western Sydney return to set a new bench mark for the ever growing local hip hop scene. Sleepwalkers are turning heads to make necks crack and The Nocturnal Journey is no exception. 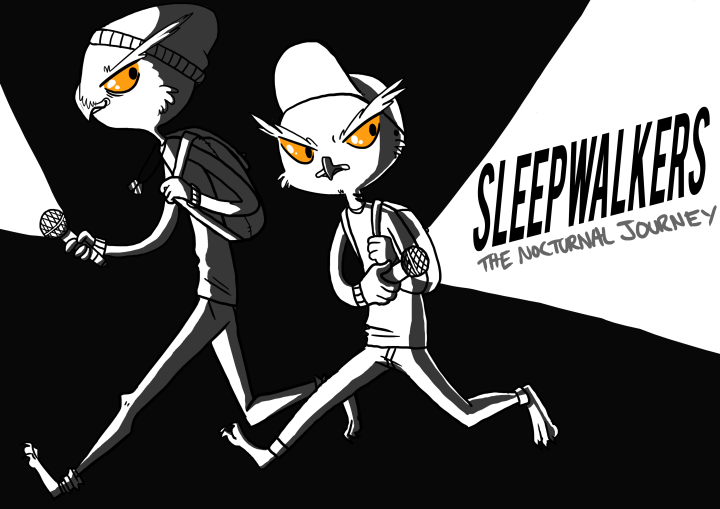 Sleepwalkers have just graduated to the underground sophomore class after releasing The Nocturnal Journey, following their debut mixtape The Awakening. The boys have taken their ever so diverse, hard hitting debut mixtape and built off it, tided up some freshmen loose ends and straight out busted blood, sweat and tears to take each element of an emcee to the next level.

The Nocturnal Journey is in a class of its own due to the versatility displayed across the project. Some examples of the diversity flaunted across the tape goes from conceptual braggadocio street boom-bap with a new-school flavour on Catchin’ Z’s and Get Busy. Straight out festival vibed, crowd bouncing bangers displayed on the likes of Hit The Ground Runnin Feat. Purpose, a club rocking, jaw swinging, grimy glitch-hop themed beast of it’s own on Super Villains.

Emotional and inspirational stories told across So High, Born To Die feat. Demi Heaver, At War With Myself v2 and Push Forward displays the lyrical talent which this pair holds. Flaunting their potential, Sleepwalkers also teamed up alongside fellow Sydney MC’s B-Don & MiZi to unleash a monster track riddled with punch lines and a constant flow. Spaceship produced by B-Don seems to be a favourite amongst Sleepwalkers‘ growing fan base.

The Nocturnal Journey is evidence that this duo are on the rise and with a bright future ahead of them, Sleepwalkers are have their sights set for the top.