After making waves with Pave the Way feat. Arrnott Olssen and Wild Child feat. Cactus, The Havknotz release the video for the third chapter in the saga, Listen Up. The track has already proven it has teeth, after reigning at #1 on the triple j Unearthed hip hop charts for 2 weeks. 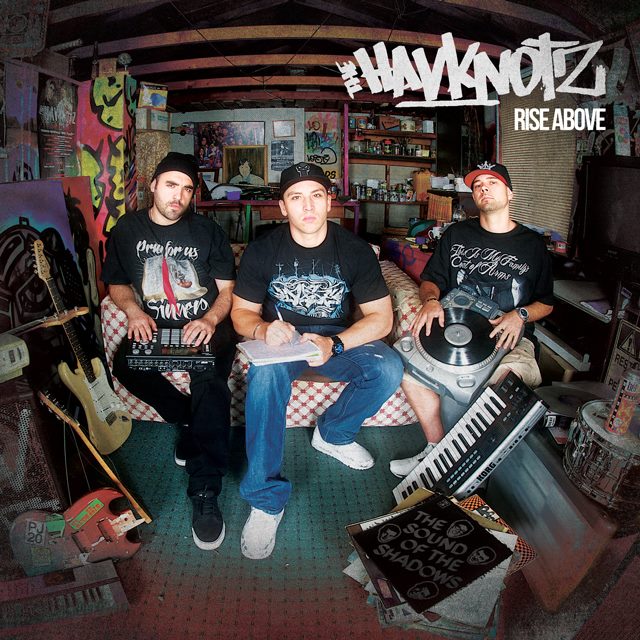 The track is an upbeat, cheeky and unfailingly clever take on hip-hop party tracks. With MC Losty flipping classic lines, dope cuts from DJ Kilmer and slamming 90s throwback beat from Waza, this track slays the house every time the boys drop it in their live shows.

The video takes to the streets of Sydney’s Inner-West, taking a trip through the streets of Newtown, Martini Cafe, Superhero Comics Enmore and, finally, scenes from the boys’ epic set supporting USA’s MC Machine Gun Kelly at Sydney’s Manning Bar.

Listen Up and the Rise Above EP are out now on iTunes,