Hip hop stalwarts and leaders of the Juggalo movement Insane Clown Posse have announced they will be breaking their Australian drought, heading Down Under for their first run of headlining shows in more than a decade. 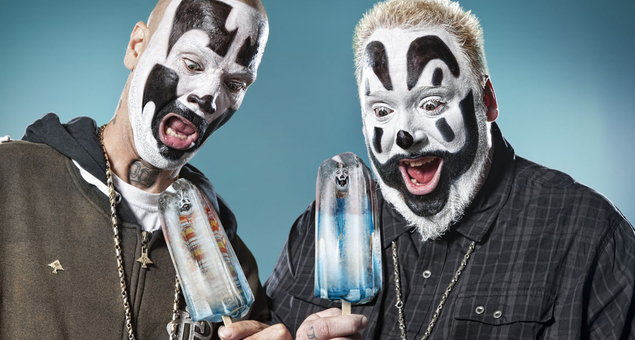 Currently sitting on a cool 11 million album sales, it’s no surprise that ICP seem unfazed and, in fact, take pride in their label as one of the world’s most hated outfits. Making headlines for all the wrong reasons, ICP have been declared leaders of an FBI recognised criminal gang and most recently slapped with a sexual harassment lawsuit by a former lawyer, but members Violent J and Shaggy 2 Dope still remain a permanent feature on hip hop’s landscape.

Associated with face paint, whippets and their 12th and latest album The Mighty Death Pop!, you’re sure to find nothing quite like an ICP live performance. Adding even more weight to the tour is the inclusion of countrymen Boondox and Big Hoodoo, throwing some high-profile international support action in the mix.