Gamers mark your calendars as the first of four massive Downloadable Content (DLC) Pack offerings for Call of Duty: Ghosts, the #1 most played multiplayer title currently for Xbox 360 on Xbox Live online entertainment network from Microsoft, is on the way with Call of Duty: Ghosts Onslaught.  Set to launch on January 29th first, exclusively on Xbox LIVE for both Xbox One, the all-in-one games and entertainment system from Microsoft, and the Xbox 360 games and entertainment system from Microsoft, Onslaught debuts four unique multiplayer maps, each with their own distinct environments, small to medium scale, and varied gameplay, as well as the all-new “Maverick” dual-purpose Assault Rifle/Sniper Rifle. Anchoring Call of Duty: Ghosts Onslaught is “Episode 1: Nightfall,” the first instalment in Extinction’s four-part episodic narrative that delves deeper into the storyline, and features new characters, a new weapon and new alien species including a towering, three-story tall alien enemy. 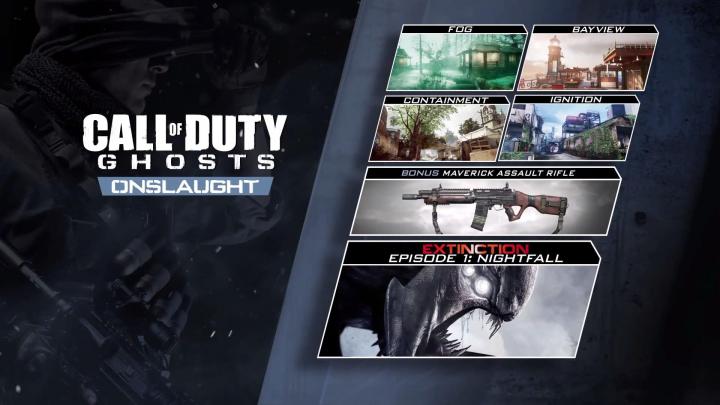 “We know our fans have an appetite for new gameplay content all year long, and the team here is committed to delivering a full season’s worth of amazing new maps, weapons and more, starting with Onslaught in January,” said Mark Rubin, Executive Producer at Infinity Ward. “This year will see an assortment of content for players to dig into, with new, uniquely themed maps, new multiplayer weapons, and an episodic Extinction story arc that introduces new characters, new locations, and new weapons as they try to uncover the genesis of the aliens’ existence.”

Call of Duty: Ghosts Onslaught will deliver the fast-paced multiplayer experience fans love, with four classically designed Call of Duty® multiplayer maps, each with their own distinct environments, small to medium scale, and varying gameplay. The first map, “Fog,” is a small to medium sized map set alongside the banks of a murky lake. Every area within “Fog” is a chilling homage to classic horror films, from an eerie campsite, flickering TVs, torcher chamber, and seemingly abandoned structures as players try to unlock the map’s dark secret. If a player happens to find and complete a specific Field Order, they become the embodiment of evil and don the persona of one of cinema’s most iconic horror characters, Michael Myers. Additionally, the entire soundscape changes to the eerily familiarHalloween theme music so other players know to run for their lives. Next is “BayView,” a close-quarters map set on a coastal Californian boardwalk packed with seaside gift stores and an aquarium, offering players fast-paced run-and-gun matches. Players must also be wary of the deadly artillery strike enemies can call-in from a Naval Destroyer anchored just offshore.

The third map “Containment,” transports players to a war-torn South American village, where the battle rages along both banks of the dried out riverbed.  The action in this compact map centres on the remains of a small bridge holding a hi-jacked truck filled with leaking radioactive material. Surrounded by a myriad of abandoned bars, cafes, a church and a pool hall, “Containment” also features elevated rooftop vantage points for players who prefer longer-range engagements. Onslaught’s fourth map “Ignition,” launches players into an aging Florida space launch facility. Inspired by “Scrapyard” – the fan-favourite multiplayer map from Call of Duty®: Modern Warfare® 2, reimagined with dynamic gameplay elements – “Ignition” packs plenty of action both above and below ground amongst abandoned warehouses, flame trenches, and a massive transport crawler. As if rockets crash-landing into the map weren’t enough, the close-quarters combat is further complicated via two separate rocket test engines sites that opposing forces can trigger, sending massive fireballs into the already intense firefights, and the failed launch of a massive rocket has a dramatic effect on the combat.

Call of Duty: Ghosts Onslaught also arms players with a deadly new addition to the Call of Duty: Ghosts’ weapons arsenal with the “Maverick,” a dual-purpose Assault Rifle or Sniper Rifle that players can choose how to use depending on their tactical needs – a first for Call of Duty. Outfitted with a lightweight wood stock this weapon can be selected in either the Assault or the Sniper Rifle class. As an Assault Rifle the weapon’s fire rate becomes fully-automatic with high damage at a decent range, and as a Sniper Rifle the “Maverick” sports an advanced scope and a semi-auto rate of fire. 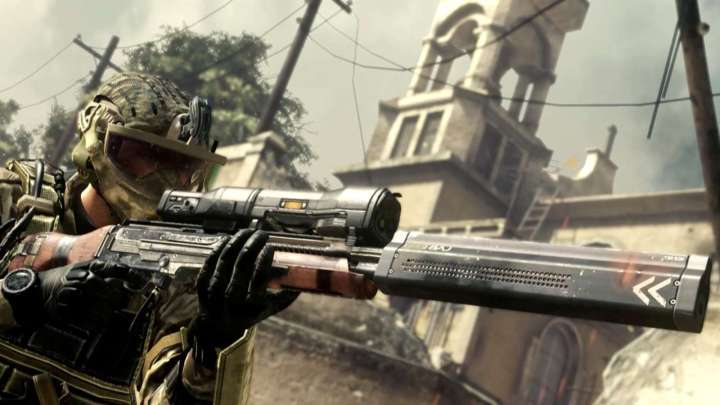 Included in Call of Duty: Ghosts’ initial DLC Pack is the first instalment in Extinction’s four-part episodic narrative, “Episode 1: Nightfall.” Introducing a narrative driven by two new characters, and featuring two all-new alien species and an exclusive weapon, “Episode 1: Nightfall” is a fast and frenetic, action-packed continuation of the original Extinction experience in Call of Duty: Ghosts. Set in a remote facility hidden deep within the Alaskan wilderness, the shadowy Nightfall Program has been researching the origins of the newly revealed alien threat. A small recon team of elite soldiers must infiltrate the site to retrieve intel and exterminate the hordes of savage creatures, and along the way uncover a three-story tall terror unlike anything they’ve faced before. 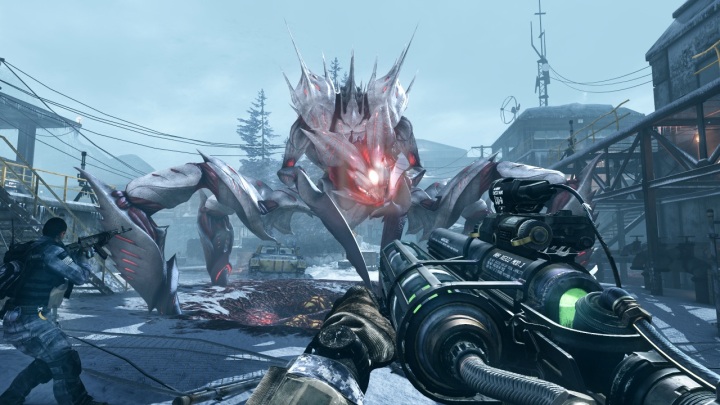