Melbourne hip-hop/soul outfit, Mosé + The FMLY, have just announced their debut national tour, with the band set to perform a slew of shows scheduled for May. 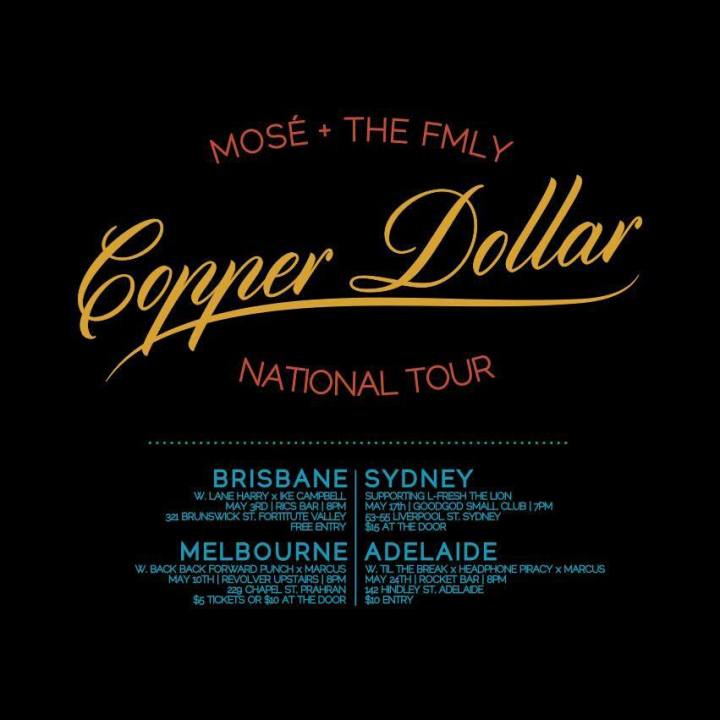 The FMLY lead by Melbourne rapper Mosé, have put together an energetic live show, that has seen the group play sold-out shows, residencies and supports around Melbourne the best part of the last two years. The crew even took their soulful brand of hip-hop to the U.S. for a 2012-13 five-show tour playing shows in New York City, Los Angeles and San Diego.

The tour supports the release of the new single Copper Dollar, set to hit the waves late April/early May and also gives the chance for the crew’s burgeoning audience to finally see them live in their city. Mosé + The FMLY also plan on releasing their debut studio EP, after the Copper Dollar tour.