Renegades Of Munk are fresh on the scene and are a funk/ hip hop band from Sydney. Fronted by one of the pioneers of hip hop in Australia, Munk aka Munkimuk. Munk is a proud Jardwadjali/ Wotjobulak man known for his production and mixing skills, rapping, breakdancing & as a radio host on Sydney’s Koori Radio. 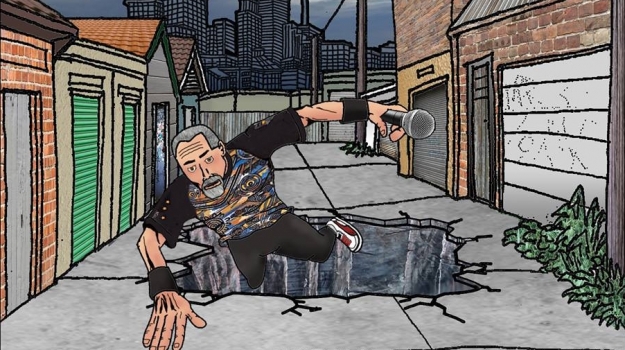 MC’ing since the 80’s he is an accomplished MC, performing internationally as well as nationally playing shows such as Big Day Out, Yabun, The Deadlys, Corroboree, Barunga Festival, AFL, NRL, Arafura Games, Sydney Writers Festival, NT Writers Festival, Carnivale, Stylin Up, Klub Koori and Vibe 3 on 3 Basketball & Hip Hop Events. He is also a 5 time Deadly award nominee, as a solo artist and with 90’s hiphop crew South West Syndicate. Now together with an allstar band Renegades Of Munk are ready to release their debut self titled album released through Impossible Odds Records.

The album features a cast of some of Australia’s best talents and what a line up it is, some of the names on the album include members of Midnight Oil, country royalty Anne Kirkpatrick, Slim Dusty Band guitarist Charley Boyter, the legendary Wilma Reading, Kutcha Edwards, Stiff Gins, Warren H. Williams, Shinobi lead singer and NRL star Eric Grothe Jnr. mixed some of Australia’s great new talent.

Add to that a host of hiphop MC’s that include Jimblah, Rival MC from Impossible Odds, Australian Poetry Slam Champion Luka Lesson, L-Fresh The Lion and the album finishes with a hip hop jam featuring over 30 MC’s from all over Australia.

Recorded in various studios but mainly at Gadigal’s state of the art Kameygal Studio and mixed by Munk and former Thirsty Merc guitarist Sean Carey at the legendary Trackdown Studios, anybody that has had a listen agrees the quality of the production and the songs are second to none.

Back this up with an energetic live show usually with 9 member band plus a usual array of guests and you have something not to be missed… Renegades Of Munk.