Eagle And The Worm Get Reworked By Astronomy Class Homeboy, Chasm

Just back from their first east coast headline tour of the year, supporting their new single Automatic, Melbourne’s Eagle And The Worm continue to prove themselves as top of the […]

Just back from their first east coast headline tour of the year, supporting their new single Automatic, Melbourne’s Eagle And The Worm continue to prove themselves as top of the pecking order. 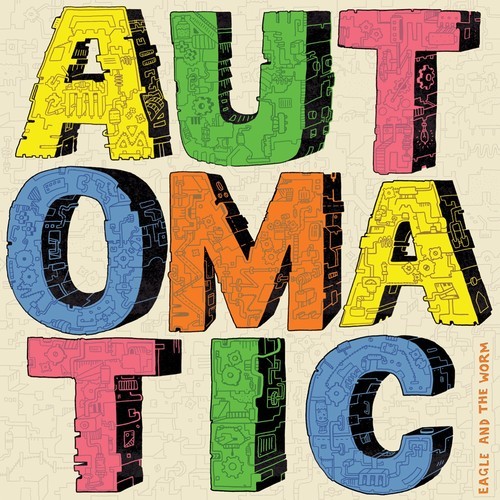 This week, the much-loved track has been touched up, locked down and flipped on its head by wonderkid Chasm, and today it’s all yours to wrap your ears around. Available as a single and on 7” vinyl right now, Automatic has been given the thumbs up from national and community radio, gracing the airwaves with its magical concoction of brass, jungle percussion, sassy samples and Eagle And The Worm’s trademark devilish charm.

Disclaimer: The unlikely pairing of indie kids Eagle And The Worm and hip hop king, Chasm, results in a slow and sexy build, filled with warped low-key grooves, and seductive brassy goodness.

Since their inception in 2009, Eagle And The Worm has been a staple on the Melbourne live music scene as well as fast winning hearts across our fair country. Having played the likes of Big Day Out, Meredith, Bluesfest and Falls Festival, as well as a number of international festivals over in Europe, the Melbournian set of seven have also released an album Goodtimes and an EP Strangelove which are both as busy and exciting as their tour schedule. Rumour has it the band will be back with their highly anticipated sophomore release later this year.

Along with his musical gang Astronomy Class, hip hop champ Chasm has claimed ‘feature album’ status for his debut record on triple j, an ARIA nomination and buckets of other critical acclaim for the records he’s given the midas touch to. Now he’s swiftly making a name for himself as a remix artist, having remix and produced works from the likes of Dialextric, Urthboy and Thundamentals.