Detroit MC Guilty Simpson and Sydney DJ / Producer Katalyst first linked up to work on the Quakers album with Geoff Barrow for Stones Throw Records. It was a good match and not long after Stones Throw approached Katalyst to do more work with Guilty. 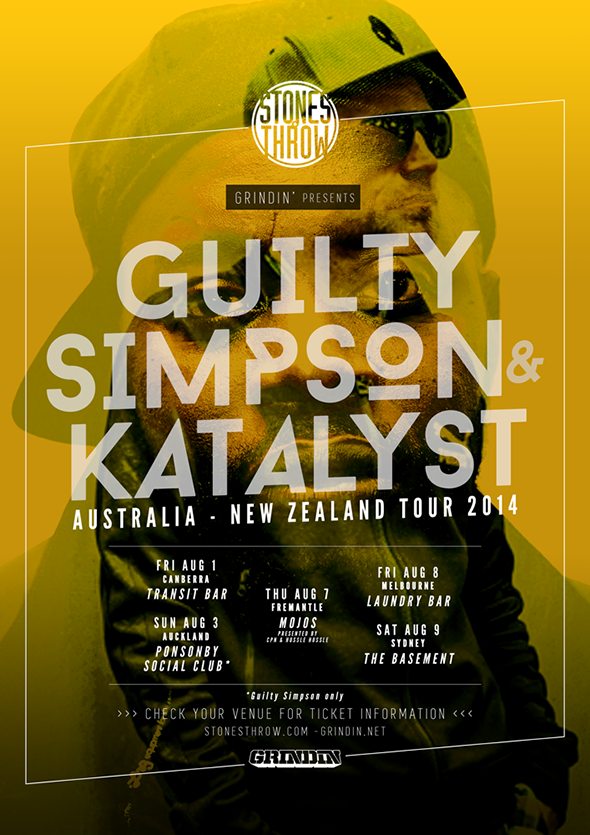 Since then, they have been busy cooking up something special in the lab. The details of which are still mysterious, but its safe to say while he’s on our shores for a run of live shows with Katalyst they will be showcasing some hot tunes off this upcoming release along with the classics that has made Guilty one of Hip Hop’s most respected MC’s.

Due out in early 2015 on Stones Throw Records be the first to hear some exclusive previews of this heavyweight album that already has people buzzing.