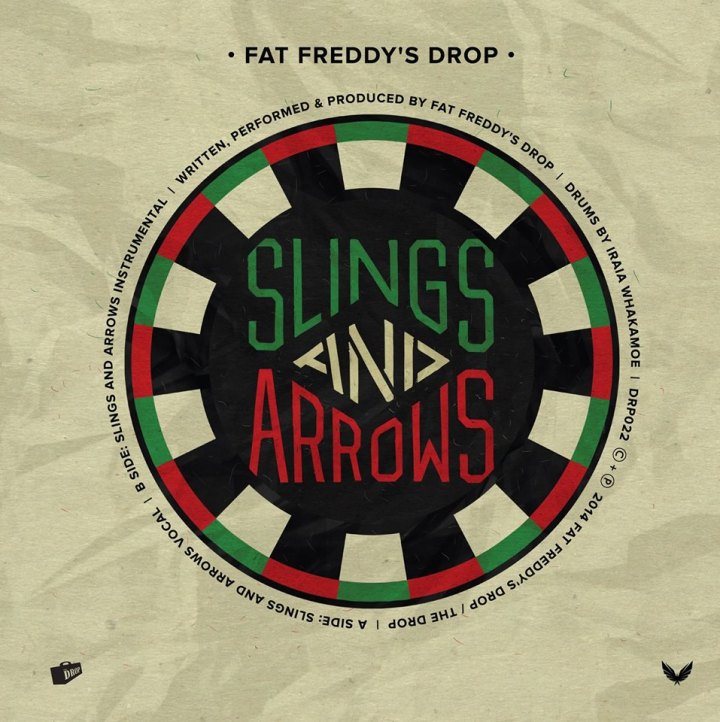 The single is the first to emerge from Freddy’s Bays studio jams in preparation for their biggest ever headline show. The sold out Alexandra Palace in London has a 10,000 strong capacity and comes off the back of last year’s Blackbird album achieving an Impala Gold Sales Award in Europe. The show is a highlight in Freddy’s Slings And Arrows World Tour that includes the band’s Japan and Thailand debut shows and a return to Sydney Opera House.

Led by ‘one of the most soulful singers of his generation’ (BBC) in Joe Dukie, The Drop’s live reputation hit new heights when they premiered the critically acclaimed Blackbird to two heaving Opera House audiences as part of GRAPHIC Festival 2012. In 2015, Fat Freddy’s will begin an all-new chapter on the very stage that saw Blackbird soar.

Along with their show at Sydney Opera House, Fat Freddy’s Drop will also be appearing for select headline appearances at The Tivoli in Brisbane, Melbourne’s Palais Theatre & The Fremantle Arts Centre in Perth.

‘Slings And Arrows’ is available on 7” as well as digital, in New Zealand and Australia. The new studio album is due for release in 2015 via Remote Control. Beat maker DJ Fitchie describes ‘Slings And Arrows’ as, “musically the most reggae song we’ve ever made. We’ve gone back to our roots with a tough, conscious reggae tune that is classic Freddy’s”.