Sage Francis is returning to our shores in December 2014 and has just announced some quality acts to join the stage with him.

Hip Hop and Punk are two concepts that are no stranger to Australian music lovers, from the 80’s and beyond. Sage was even signed to Epitaph Records when he first started out, bringing together the tribes over the years and in his own way making a massive contribution to the melting pot of cross over hip hop music we see today. So with these shows we hope to bring together audiences from all styles of music to help us re-configure and reimagine a new and exciting landscape for Australian music where hip hop and punk music can co-exist like it has in the past.

Golden Era Heavyweight Champ BRIGGS will join Sage on stage in Sydney & Melbourne. The most Imaginative of MCs The Tongue will also play the Sydney show and Indigenous MC Jimblah will join Sage in his hometown of Adelaide. The Full line-up for each show is listed below. 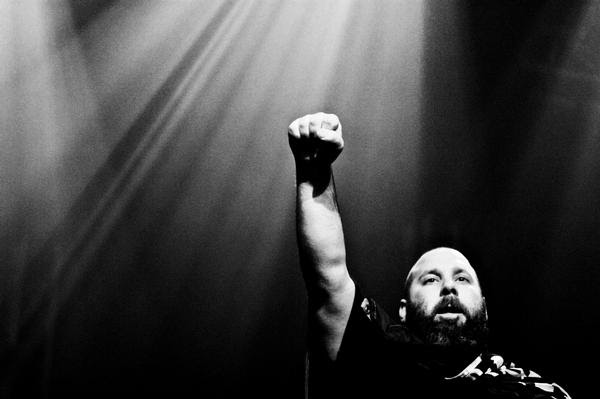 Francis has just released his highly anticipated fifth studio album ‘Copper Gone’ through his label Strange Famous Records, after a four-year hiatus. The album also made it into the Top 5 on the iTunes Hip Hop Charts in the US and UK. Francis transitions seamlessly between socio-economical and personal politics, showcasing his ability to relate the microcosm to the macrocosm. And bringing the punk noise to this spectacular lineup will be Sydney Soul Punk Three piece Fait Accompli who will be appearing at all shows.

So join us to celebrate all things Music! and People Power! Come raise your fists with us together with one of the important voices of these times. Australia couldn’t have asked for a better tour to be happening right here and now – Sage Francis!