Celebrating 10 years of DJ and production work for a who’s who of A-List hip hop and R&B stars, J.Period & Jigsaw Agents are pleased to announce the J.Period 10th Anniversary Collection, a Limited Edition box set showcasing a decade of groundbreaking remix projects and award-winning musical documentaries.

In anticipation of this release, J.Period has also partnered with Bose® for an exclusive VIP Edition limited to 50 pieces worldwide, featuring the J.Period Icon Series and a pair of Bose® QuietComfort® 20i Acoustic Noise Cancelling® headphones for a premium listening experience. The J.Period x Bose® Icon Series Collection will not be available to the public, except through selected upcoming contests and giveaways.

Since his acclaimed debut with The Best of Nas (Hosted by Nas), J.Period’s signature style of musical storytelling has set a new bar for mixtape producers around the globe and earned singular praise from press (Rolling Stone, New York Times, Billboard, The New Yorker and more) and A-List artists alike. With a resume of accolades that includes “Mixtape DJ Rookie Of The Year” (Elemental 2005), 2X “Mixtape DJ Of The Year” (The Source 2005 & Power Summit, 2006), “Mixtape Of The Year” for The Best of the Roots (MTV 2006), and “Street Album Of The Year” for March 9 & The Madness (MTV 2008, BRM 2009), J.Period has established himself as one of the world’s premiere DJs, and one of its most celebrated mixtape producers. 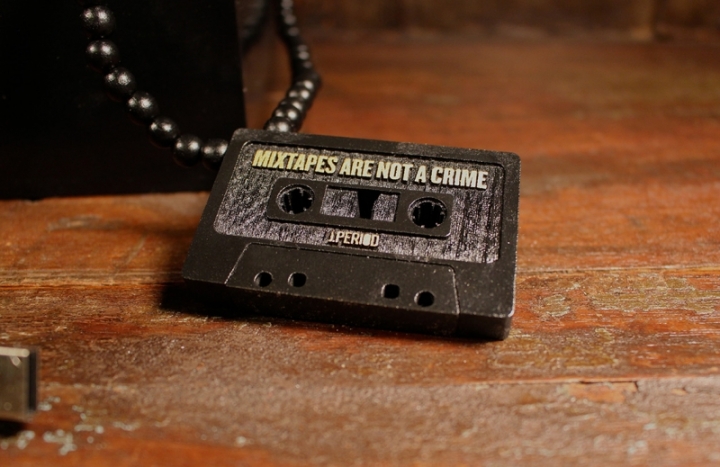 Music icon Questlove calls J.Period “the most creative mixtape producer of all-time.” Celebrate 10 years of musical innovation with the Limited Edition J.Period 10Th Anniversary Collection and hear the evolution of J.PERIOD’s award-winning sound for yourself! Available While Supplies Last (Limited To A Quantity Of 100 Pieces Worldwide)!!!

Get it now at Goodwoodnyc.com and find more info at J.Period.com.