On Wednesday, February 4, 2014, Grammy award winning singer/songwriter, Anthony Hamilton, appeared on Fox’s new hit television show Empire. Lucious Lyon proved once again that he is a power player by tapping Hamilton to help him on this week’s episode. Appearing as himself, Hamilton created the ideal mood for Lucious’ surprise engagement to his girlfriend Anika. While Lucious got down on one knee, Hamilton sang his classic track, “Point Of It All.” 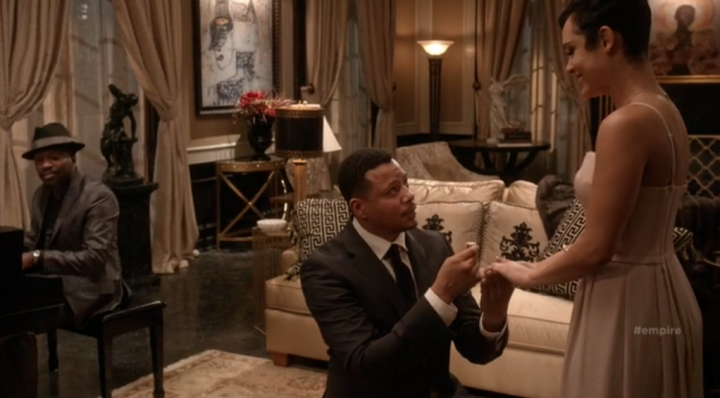 Anyone would be swept off their feet with Anthony behind the piano. Anika was no exception.

Being on Empire is just the latest in what has been a busy month for the singer. Just the other week, Anthony performed at the 16th Annual Super Bowl Gospel Celebration to help kick off Super Bowl XLIX in Phoenix, AZ and also Anthony has read for the 2015 Grammy Awards where he was nominated for best traditional R&B song with Marsha Ambrosius.

Fans can expect more exciting developments in the coming months. Make sure to follow Hamilton on his socials to learn the latest.