King’s Quest: A Knight to Remember kicks off a new journey for an adventure gaming classic next month

In a new gameplay trailer released at E3 last week, Sierra™ unveiled the name of the debut chapter of King’s Quest™, the bold reimagining of one of adventure gaming’s most memorable franchises. The first entry in an original five-chapter story arc developed by The Odd Gentlemen, King’s Quest: A Knight to Remember sets the stage for an unforgettable journey to come in late July. 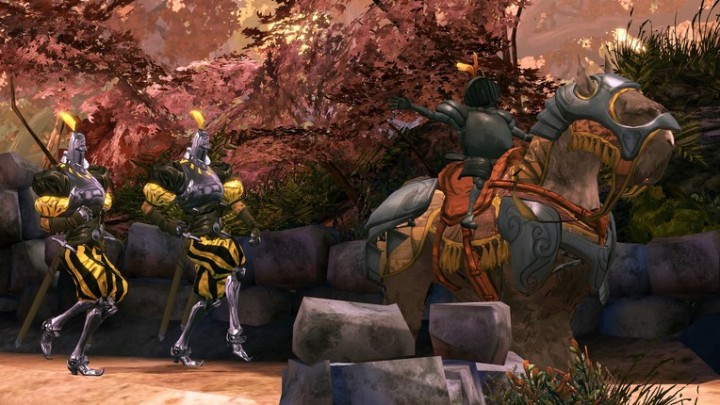 The newest gameplay trailer from King’s Quest teases how this new chapter of a timeless saga begins. As an aging King Graham reflects on a life of heroism with his granddaughter, Gwendolyn, King’s Quest transports players back to experience firsthand the untold tales that shaped a kingdom. King’s Quest: A Knight to Remember unfolds on a young Graham’s first day in the land of Daventry, as he contends with other knights, a fire-breathing dragon and his own boundless enthusiasm to fulfill his destiny of earning a position in King Edward’s court.

In addition, the trailer showcases new dialogue from King’s Quest recently revealed vocal cast, including Christopher Lloyd as an old King Graham, Josh Keaton as a young Graham, Maggie Elizabeth Jones as Gwendolyn, and Zelda Williams as Amaya the Blacksmith. For a closer look at how these actors have brought their characters to life, check out Sierra’s recent behind-the-scenes video inside the recording studio: