Developer CD Projekt RED bid farewell to Geralt of Rivia with the final chapter of the now history making series The Witcher. In The Witcher 3: The Wild Hunt players are immersed in a unique experience, encompassed by friendly* (*asshole) villages, nobel royalty, and demonous monsters. Exploration and adventure is encouraged, think of a massive open world experience where monsters roam the earth, and you are hired for your services to rid the world of this evil scum.

Usually fantasy/action role-playing video games aren’t really our thing. In the past we have found these types of games to be quite frustrating with their constant item management, convoluted menus, endless upgradable ability trees, and working out spells, potions or exile’s that rarely save you when you need them the most. But there’s something special about the brand new instalment of The Witcher.

From the moment you pick up the controller the world and story suck you in. Cut scenes can also be added to the list of gaming elements we don’t enjoy. Generally, cut scenes are used as an attempt to control the pacing of the game, and drag the story along. Most of the time, it fails. Needlessly breaking up the action, and just generally getting in the way of gameplay. In the Witcher 3 we haven’t skipped a cut scene. Which is a win in it’s own right. The game does give you an option to skip the scene, which is always a nice feature to have. Upon returning to the game after turning off your machine, you’ll be presented with a nice little run down on what’s happening in the main story. This aids in staying up to date with Geralt’s current adventures, even if you haven’t played the game in sometime. 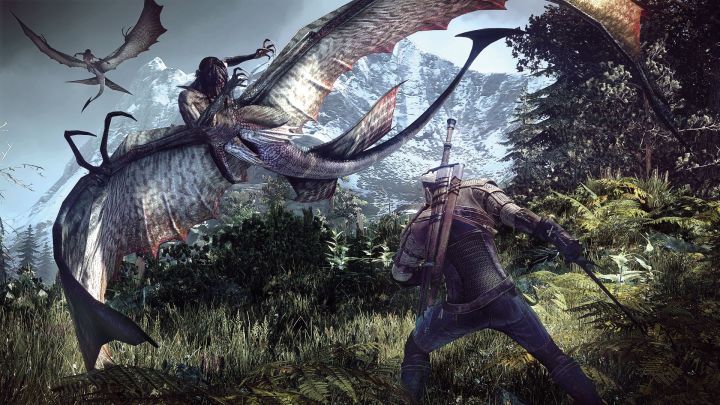 The main story line follows Geralt as he tracks two important people in his life, the first his long-lost love Yennifer and then Ciri. Without spoiling anything, the main story line is an engaging one, with many twists and turns. The great thing about The Witcher 3 is the freedom you are presented with in-game. You don’t only have the main quest, there are secondary quests, Witcher Contracts, treasure hunts and more. There is also 250+ points of interest to be found and in some cases completed. These can be completely avoided if you want, again backing up the freedom this open world adventure presents you.

As we progressed throughout the game, we did come across a few things that we thought could have been improved before the final release. These are not ‘major’ issue’s but are worth mentioning. The movement dynamics of Geralt when attempting to loot items can sometimes be excruciatingly frustrating, which requires constant adjustment and fiddling just to bring up the loot activation icon. Geralt also seems to become totally undone with any ledge over 3 foot high. He either seriously injures himself, or dies from the fall. A simple climbing mechanic could have been used to fix the issue. 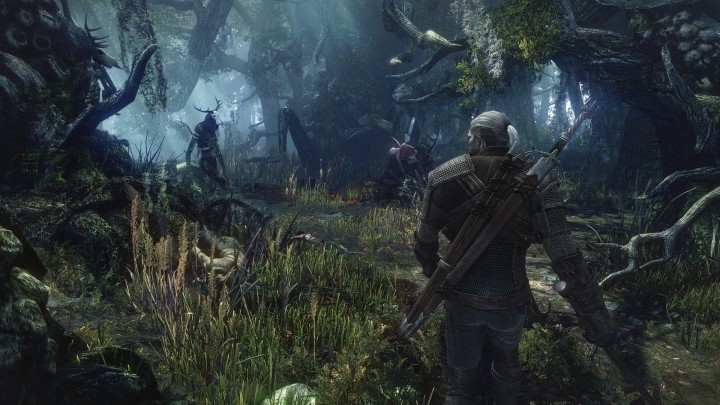 On the flip side controlling Geralt in combat is simply amazing. Fights are challenging and diverse, with a range of fighting styles to be taken advantage of. Each and every opponent challenges you with a highly advanced AI system that can block, strike and counter just as well as you can. Attacking enemies that are above your current skill level will result in a swift arse kicking, death comes quickly. This seems like a fair mechanic considering the difficulty levels can be set at the beginning of the game. 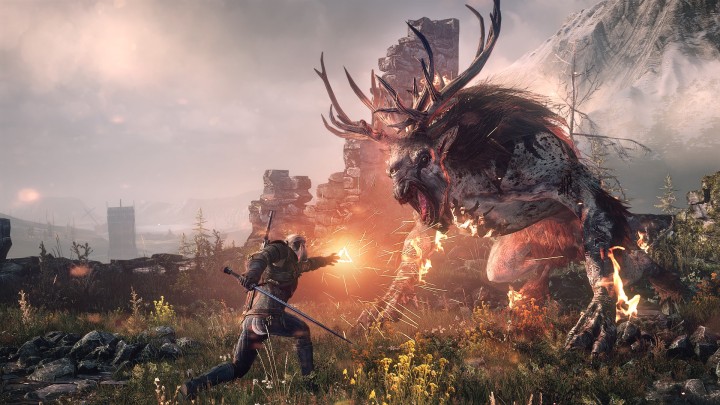 Good Game (Australia) reviewed The Witcher 3, a few weeks back and totally skipped out on one of our favourite and most surprising features of the game, Gwent. Again, we aren’t ones for magical card games like D&D or card games in general, unless it’s poker, blackjack or euchre. The simplicity and strategy of Gwent had us coming back for more. Taking on any and every shop keep, bar tender or blacksmith we could find. All in all we have only just begun scratched the surface of The Witcher 3: The Wild Hunt. With almost 150 hours under our belt it seems we have many many more hours to go. We’ve taken our time with The Witcher 3 and it’s paid off.

Overall the gameplay, graphics, control systems and story are all top-notch. The Witcher 3: The Wild Hunt has achieved in areas many other games haven’t and for that we give the latest in The Witcher Series, a massive 4 broken controllers out of 5. You can pick up The Witcher 3: The Wild Hunt on PlayStation 4, Xbox One, Microsoft Windows now. As we are writing this the 1.07 patch is expected to land pretty soon. As well as the 14th DLC for the series titled the Ciri Outfit DLC. Expect two more promised free DLC’s over the next couple of weeks. 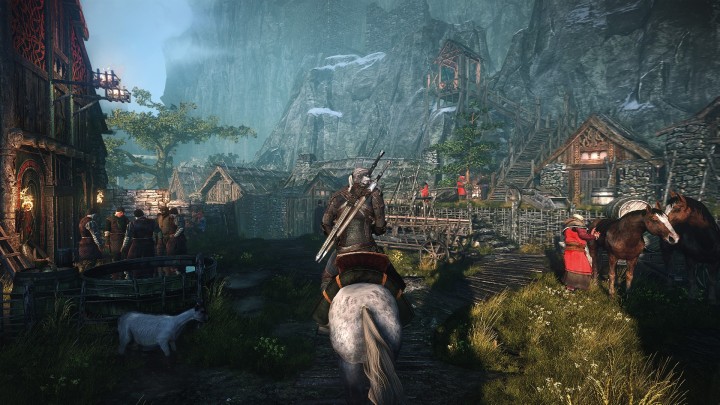