Sneaker Freaker turn their attention from foot to wrist with the unveiling of the Nightowl, a collaboration with G-Shock.

Established back in 2002 as a niche magazine for the underground community of connoisseurs, Sneaker Freaker fast cemented itself as the bible for footwear devotees. Today, the mag is sold in 40 countries and is also published in Russian, Spanish and German, making it unique amongst Australian titles. With a social following in the millions, Sneaker Freaker is an unlikely global publishing phenomenon that is still proudly based in Fitzroy, Melbourne. 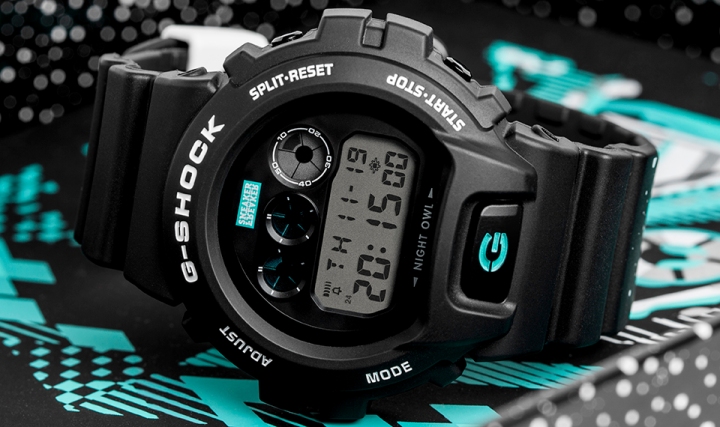 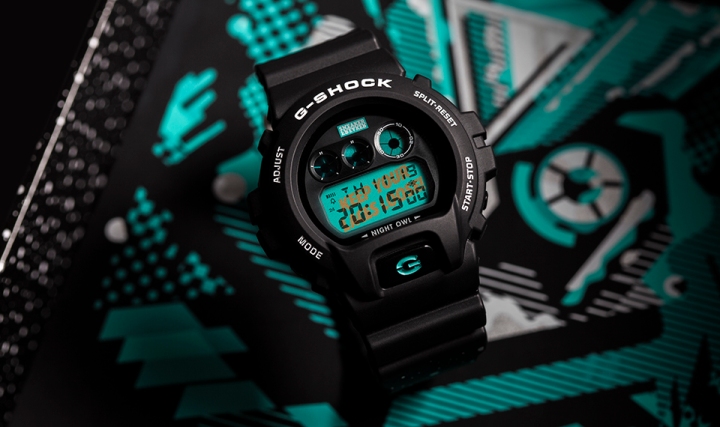 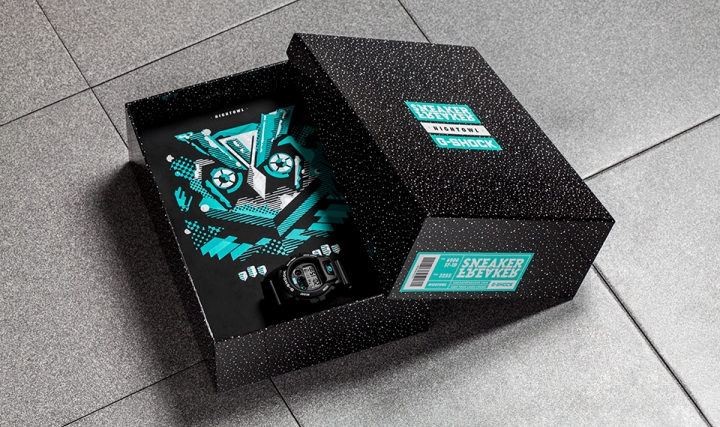 The collaboration with G-Shockis the culmination of an obsession that started in the early-90s. A noted collector with hundreds of vintage and contemporary G-shocks, Wood has long harboured a dream of working with Casio. In 2015, that dream will become a reality when the Nightowl hits the street.

“You cannot believe how thrilled I am to finally bring Sneaker Freaker and G-Shock together. I have been obsessed with the brand ever since I bought my first watch all those years ago. The Nightowl is the coolest thing we’ve ever done, and this is a huge honour!” explained Wood.

Code-named ‘Nightowl, the DW6900 model is murdered-out in matte black, with crispy white branding and minty highlights for added pop. The straps are laced with a sprinkling of bright speckle, a trademark Sneaker Freaker design flourish. A push of the ‘G’ button reveals words of wisdom in the backlight, ‘Keep Your Laces Loose!’ – the cult magazine’s motto.

Intricately illustrated by We Buy Your Kids (WBYK), the NIGHTOWL makes an appearance inside the glossy shoebox-inspired packaging, where the watch is gripped firmly in its talons.

The Sneaker Freaker x G-Shock ‘Nightowl’ will be released in limited numbers on November 21 in select Australian stores and at sneakerfreaker.com on November 20. More information can be found here.