Here we have the brand new mixtape from Flowz Dilione, titled Family Over Fame (SAL). The new tape is a hefty one, coming in at around 25 tracks long. The tape features Arsen, Peeps & Riv (Flowz younger brother), with Peeps appearing on multiple tracks. 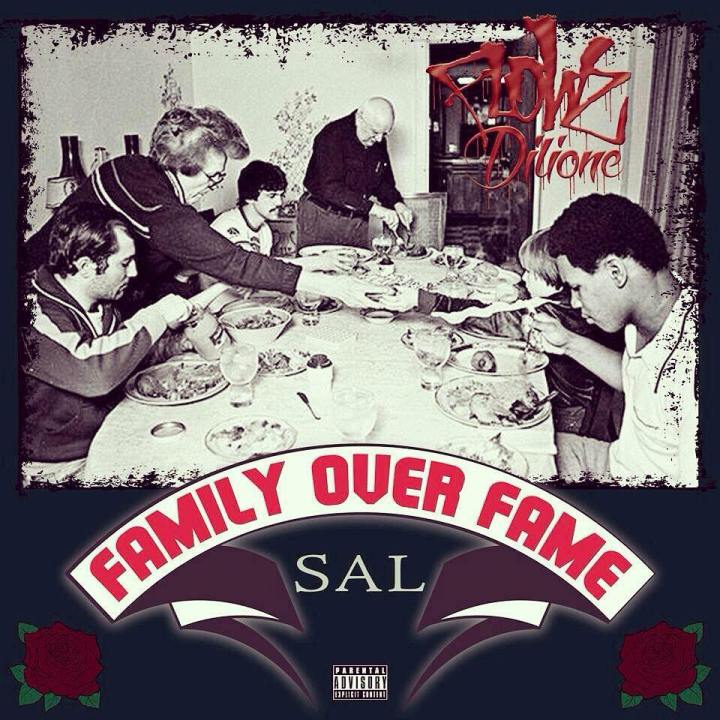 Tracks on the tape include the previously released Room Full Of Green and the hard hitting banger in Newport Flats. A video clip has been released alongside the tape for the track Snakes and Ladders, you can check that out below. Flowz Dilion has been on the come up for a moment now, where he has established a strong underground following.

Flowz has a heavy presence on the mic with a recognisable flow and a hard hitting style, Tracks such as Cut The Grass and Only The Fam are great examples of this. Flowz has set the bar quite high on this one in terms of mixtape size and the quality of tracks found on the tape. Can he match or beat that with a full LP release? Only time will tell, it’s a good problem to have. You can purchase the new mixtape by following the link below.