Iconic Cars From The History Of F1 Return To Complement The 2017 Season, Release Date Confirmed Codemasters® have announced that F1™ 2017, the official videogame of the 2017 FIA Formula […]

Iconic Cars From The History Of F1 Return To Complement The 2017 Season, Release Date Confirmed

Codemasters® have announced that F1™ 2017, the official videogame of the 2017 FIA Formula One World Championship™, will include the return of classic F1 cars to the series, as well as an even deeper career mode, numerous multiplayer enhancements, and a brand new ‘Championships’ game mode. F1 2017 will release onto PlayStation®4 computer entertainment system, Xbox One and Windows PC (via Steam) worldwide on August 25th 2017.

To mark the announcement, Codemasters has released a trailer, showcasing three of the historic F1 cars that will feature in the game – the 1988 McLaren MP4/4 as driven by Alain Prost and Ayrton Senna, the 1992 Williams FW14B that was raced by Nigel Mansell and Riccardo Patrese and the 2002 Ferrari F2002 of Rubens Barrichello and Michael Schumacher. Further classic cars will be revealed in the coming weeks. 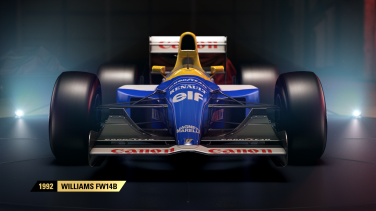 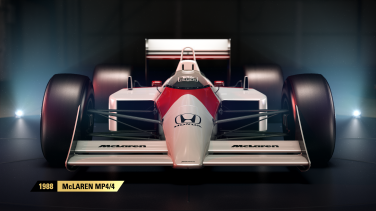 “After an extremely successful year with the highly acclaimed F1 2016, we are delighted to be announcing F1 2017 and re-introducing classic F1 cars back to the series” said Paul Jeal, Game Director at Codemasters. “Classics were incredibly well received when we included them in F1 2013, and in F1 2017 they are back and better than ever. With so many great cars to choose from, it was hard to decide on the final twelve, but we are delighted with our selection of some of the most successful and iconic fan favourites from the past 30 years.”

“For the first time ever F1 2017 fully integrates the classic experience into the main career mode,” said Lee Mather, Creative Director at Codemasters. “As part of your career you will be invited to race in modern day, invitational events in the different classic F1 cars throughout the season. We’re also adding to the variety in F1 2017 with the inclusion of four alternative circuit layouts, as well as numerous new gameplay types. The classic cars will also be available to play in a range of other game modes, including online multiplayer modes and time trial.”

The 2017 season has seen a huge number of changes to the sport itself, with the stunning new car designs not only looking great, but having lap record breaking performance levels to match. The opening races of the season have further thrilled fans with the increased competition on the grid, as Mercedes-AMG Petronas Motorsport’s Lewis Hamilton and Scuderia Ferrari’s Sebastian Vettel battle it out at the top of the Championship, and Red Bull Racing’s Max Verstappen continuing to excite fans around the world.

Consumers who pre-order or purchase ‘Day One’ copies of F1 2017 will have exclusive access to the iconic 1988 McLaren MP4/4, as part of the ‘F1 2017 Special Edition.’ Alternatively, the McLaren MP4/4 car will be available to be purchased at a later date. The eleven other classic cars are available in all editions of the game.