Since its launch into Steam’s early access program in June 2015, over 10 Million survivors have been stranded on the ARK island, wandering into an incredible land to discover how to tame, train, ride, and breed the 100+ dinosaurs and primaeval creatures roaming the land. Today the mysterious island reveals its true meaning to current players and new Island initiates!

The release brings brand-new content to the game including:- Orchestral Soundtrack: Composer Gareth Coker (Minecraft, Ori and the Blind Forest) recorded the in-game music at Abbey Road Studios in London with the renowned Philharmonia Orchestra. A huge and varied score brings to life every part of the game, be it the beach, the mountains, the jungles, the desert, the caves, the epic boss battles, and even the out-of-this-world science-fiction climax of ARK’s End Game.

– Ragnarok DLC: A free expansion map built by members of the ARK modding community, this huge map launched today for PlayStation 4 and Xbox One platforms! This 144 sq km island features expansive biomes and distinct creatures, including the Griffin with its unique dive-bomb attack!

– Storyline: Players will get a better sense of where they are, why they are there and what the ARK actually is

– End Game Content: Hunt down the end boss, then conquer him with your fellow survivors and dino army! 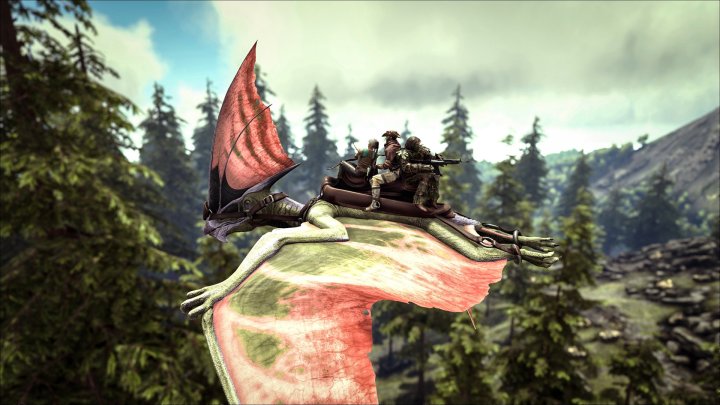 – Two New Creatures:
● Otter – Found along the island’s many waterways, this friendly furry creature will ride on your shoulder, keep you  warm, and is the only ARK creature able to harvest the coveted black pearls!
● Phoenix – Found only on the ARK Scorched Earth expansion pack, this mythological creature appears during extreme heat waves and if provoked sets targets ablaze with a single bite!- Loads of bug fixes, along with quality and optimization changes for a smoother gameplay experience

“Sharing the development process with players has led to more amazing content than we could have ever imagined when we set out on this journey,” said Jeremy Stieglitz, Lead Designer, Lead Programmer, Development Director, Co-Creative Director, Co-Founder of Studio Wildcard.

“If you haven’t been to ARK island since the early days, we invite you to come back to visit and explore. Having the game available on every continent, opening our world of dinosaurs to new and existing players across the globe is an exciting recruiting prospect. Welcome to the Island new ARK survivors!”

Distributed into retail stores worldwide, the game features over 100 dinosaurs and creatures, along with hundreds of hours of playable content!  Australian customers should visit EB Games in Australia or JB Hi-FI to purchase the game.

ARK: Survival Evolved is rated “MA 15+” for Strong themes and violence, online interactivity by the Australian Classification Board. Feel like riding a dinosaur? Join the ARK growing band of survivors in the community forums HERE.

Powered by Unreal Engine 4, ARK: Survival Evolved takes on the survival genre with a unique blend of emergent multiplayer cooperation and competition. Players awake stranded and starving on the beach of a mysterious island among a herd of other confused humans. On ARK, they must then hunt, harvest, craft, research technology, and build shelters to protect against scorching days, freezing nights, volatile weather systems, dangerous wildlife, and potential enemies.

Tame, train, ride and breed one of 100 amazing dinosaurs and other prehistoric beasts, including gargantuan creatures on a scale never before seen in video games! Fly a Pteranodon squadron over the snow-capped mountains, race through the deep jungle with your pack of trained Raptors, tromp through a fortified enemy base along a convoy of gigantic Brontosaurus, or chase down prey on the back of a raging T-Rex. 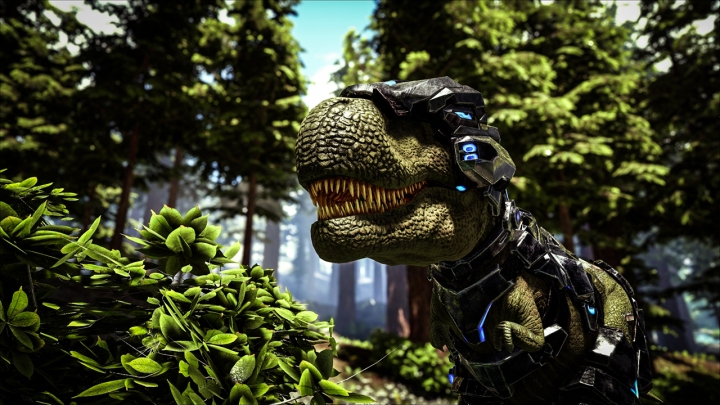