Eskimo Dance, the original grime rave, set up by the the ‘Godfather of Grime’, Wiley, is touring Australia for the very first time in October, with dates for New Zealand to be announced shortly. Eskimo Dance will drop the biggest tour of its kind to take place outside of the UK, as it visits Perth (13th Oct), Sydney (21st Oct), Melbourne (24th Oct) and Brisbane (26th Oct), with a huge lineup of Wiley, Lethal Bizzle, Big Shaq, Devlin, P Money, BBC Radio 1’s DJ Target and Rude Kid. 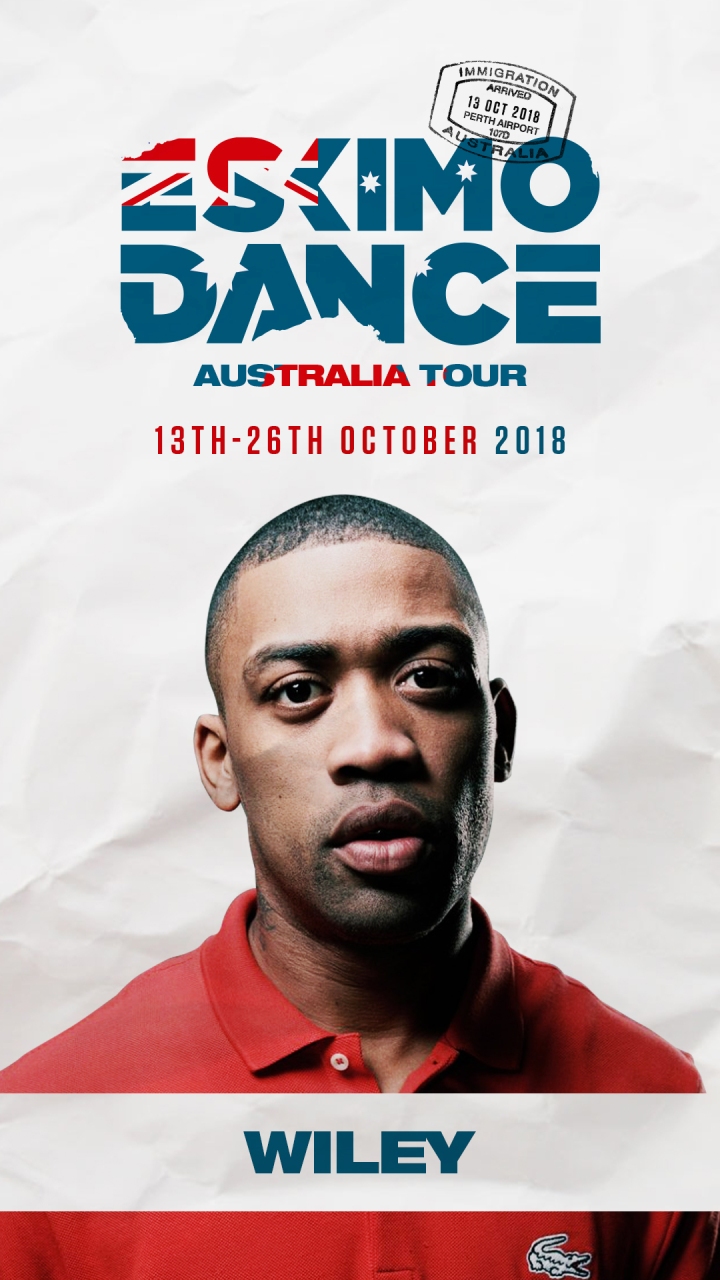 Eskimo Dance is not just a rave, it’s the essence of grime culture, and the urban lifestyle that gave rise to the sound, and as such, its importance cannot be underestimated. The influential grime brand has been instrumental in the rise of the grime genre, a sound which still dominates UK underground music, while also crossing over to secure mainstream success around the world.

From its first event in 2002, Eskimo Dance became a platform to shape some of the biggest names to emerge from the scene to date, such as Wiley, Lethal Bizzle, Skepta, Kano, Tinie Tempah, Dizzee Rascal and many more. Now, Eskimo Dance prepares to bring authentic grime to Australia, delivering the first unmissable taste of the UK’s number one live experience of the genre. Tickets go on sale Monday 23rd July. Sign up for priority tickets here.

The rise of grime has been rapid, from the streets of inner-city London in the early 2000’s through to influencing the sound of global superstars such as Drake, P Diddy and Kanye West, creating superstars of its own along the way including Wiley, Dizzee Rascal, Stormzy, Lethal Bizzle, Big Shaq and more. Eskimo Dance was the underground party that set grime on its inexorable rise, growing to the point where Eskimo Dance sold out Wembley Arena in 2016 with a star-studded show that made history in UK urban music. There can be no argument that Eskimo Dance is the epitome of UK grime culture, a brand which continues to go from strength to strength.

As it lands in Australia, Eskimo Dance brings the hottest names in grime to drop beats and spit bars. Wiley needs little introduction. This is an artist who survived his formative years immersed in gang culture, only for his UK garage crews, Pay As You Go and later Roll Deep, to drag the sound of grime into the public consciousness. As a solo artist Wiley’s accomplishments include topping the charts with ‘Heatwave’, winning a MOBO for ‘Best Male’ and, this year, being awarded an MBE for services to music. His influence on other artists is profound with his albums all providing seminal moments in the development of grime. Wiley performing live as part of Eskimo Dance is an opportunity not to be missed. 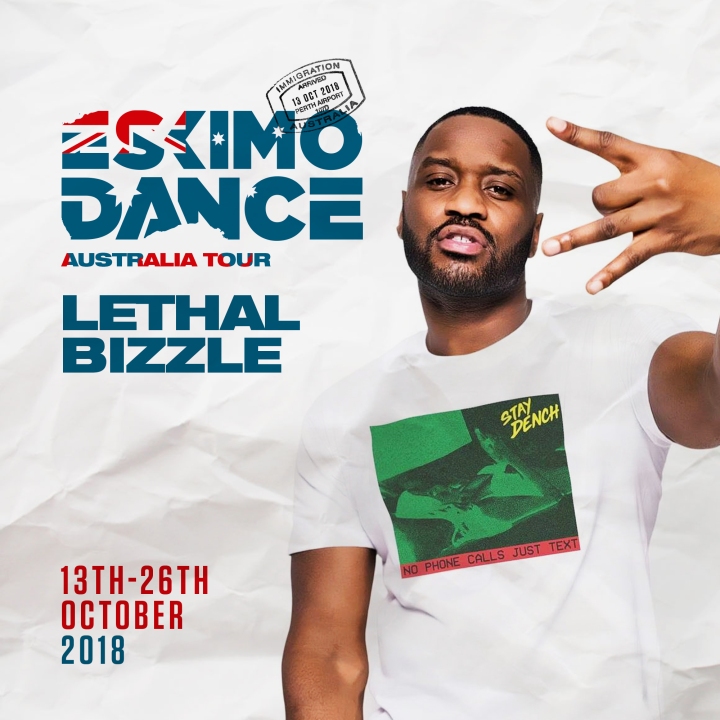 Lethal Bizzle came to prominence in 2002 as part of More Fire Crew in their UK top 10 hit ‘Oi’ and has since gone on to enjoy a string of crossover hits including ‘Rari Workout’ and ‘Fester Skank’. Known for his experimental approach, blending mainstream genres with grime, Lethal Bizzle is a highly skilled rapper who knows how to get the crowd jumping.

With his worldwide hit ‘Man’s Not Hot’, Big Shaq has become one of the hottest names in grime. The alter-ego of actor and comedian, Michael Dapaah, Big Shaq was a satirical character who shot to wider fame after a live performance on BBC Radio 1Xtra’s ‘Fire In The Booth’. His tongue-in-cheek, lyrical poke at the scene, together with an undeniable skill as a performer has turned Big Shaq into one of grime’s biggest names right now.

Devlin’s talent led to Kanye West posting a video on his blog, of him rapping aged 15. Renowned for his lyricism and flow, Devlin began to get support from KISS FM UK, BBC Radio 1Xtra and other influential outlets leading to being signed to Island Records. He has enjoyed crossover chart success, and collaborated with the likes of Labrinth, Giggs, Professor Green, Wretch 32, Skepta and more, an indicator of his standing within the scene. 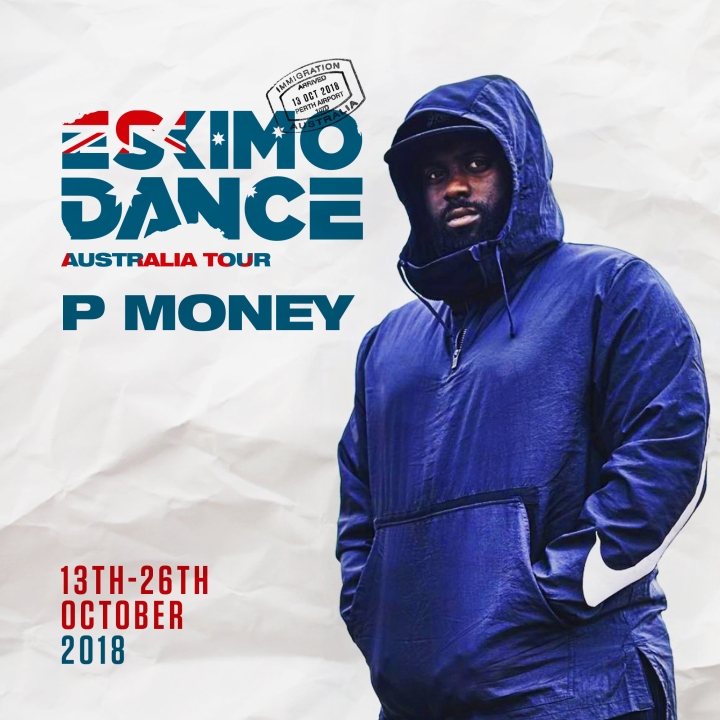 P Money is one of grime’s most respected rappers, often sucessfully battling other rappers at events such as Lord of the Mics. He appeared on Example’s UK stadium tour as well as opening for Tyga’s UK tour. He has collaborated with many other artists, including dubstep supergroup Magnetic Man, showing the versatility of his skills and how grime MCs can work across genres.

Aside from his own massive BBC Radio 1Xtra show, DJ Target is best known as part of Roll Deep, who, with Wiley also on board, became one of the UK’s best-selling urban acts. He also has a string of high-profile collaborations to his name including Dizzee Rascal, Wiley of course, and Boy Better Know. Expect DJ Target to stir up the dancefloor with some killer tunes.

Rude Kid has produced a catalogue of grime classics, and is known for his collaborations, particularly with respected grime MC, Ghetts. Supported by Relentless, Rude Kid spread the sound of grime at SXSW last year in the US, is touring heavily as a DJ and has been given his own show on KISS FM UK. Rude Kid just keeps getting bigger and bigger so Australia should get ready to jump.

Eskimo Dance arrives in Australia, with a sound and live experience that rips up the rulebook. Eskimo Dance is an event that demands crowd participation so this October, prepare to become a part of the unstoppable rise of grime culture