A stalwart of his city’s music scene, Defron has performed in Melbourne’s most esteemed venues including Workers Club, The Espy, Laundry Bar, Evelyn Hotel, Penny Black, Max Watts and more. […] 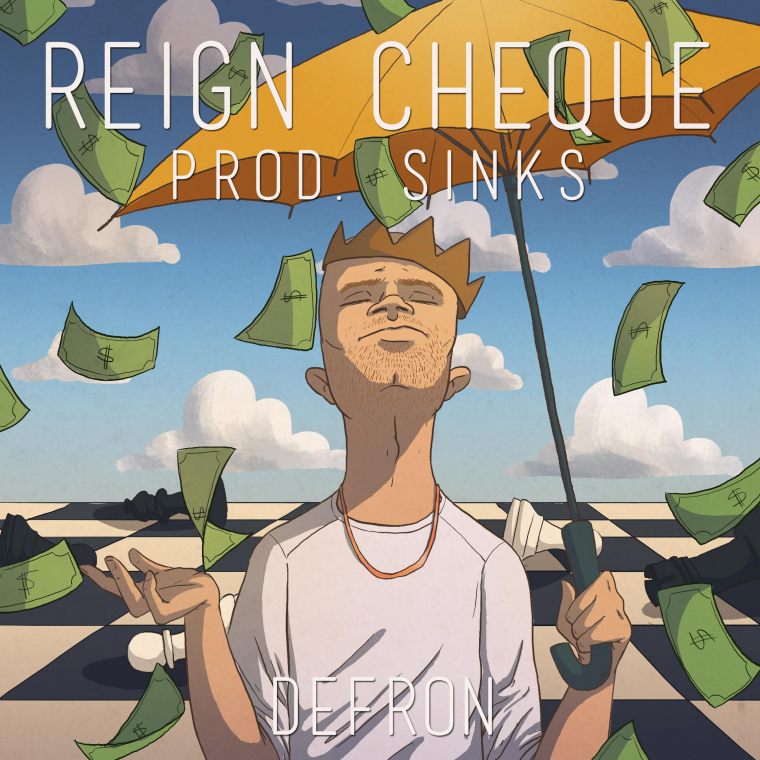 As a writer his fiction & non-fiction has been published in Going Down Swinging, Verandah, Voiceworks, Overland, Tone Deaf, Kill Your Darlings and in 2011 he was shortlisted for the Judith Rodriguez Prize.

Rapping since adolescence, a music career was initially unlikely for Defron after he was diagnosed with hearing impairment at five years of age. Adversity reared its head once again when he was treated for testicular cancer fourteen years later. In 2018 he shared his inspiring life story in his TedX talk, ‘You are the hero and villain of your story’.

Produced by fellow Melbourne hip-hop artist Sinks (Echo Drama/2017 Hilltop Hoods Initiative Recipient) with artwork by frequent collaborator Katie Alexander, Reign Cheque is a theme-song for getting up, getting out and achieving your dreams. The promotional single is Defron’s first release in two years and comes ahead of his upcoming project Maybe You’ll Be Famous When You’re Dead, which is entirely produced by Melbourne newcomer Entelechy and engineered by star on the rise Kwasi.

The new song comes not long after Defron’s recent TedX talk,‘You are the hero and villain of your story’. The personal message of overcoming your demons and embracing your role as both protagonist and antagonist of your story permeates this boom-bap banger from the 2009 Revolver MC Battle Champion and 2017 Australian Poetry Slam state finalist.

“This is my best shot at making a song for a 2K or FIFA video game soundtrack,” says Defron. “My new project Maybe You’ll Be Famous When You’re Dead is a dark conceptual album addressing mental health, so before that drops I wanted to release an inspiring and hyped-up joint. Just to tide my fans over before MYBFWYD drops.”

The promotional single is the first of two ahead of the release of Maybe You’ll Be Famous When You’re Dead, due late 2018. The second single is expected for release in September, produced by Kwasi the song will demonstrate a new direction for underground lyricist Defron: “Reign Cheque is the rap music people expect from me: metaphor heavy, tonnes of wordplay and dense lyricism. But the next single with Kwasi, and then the separate MYBFWYD project, man, those are gonna surprise some folks.”