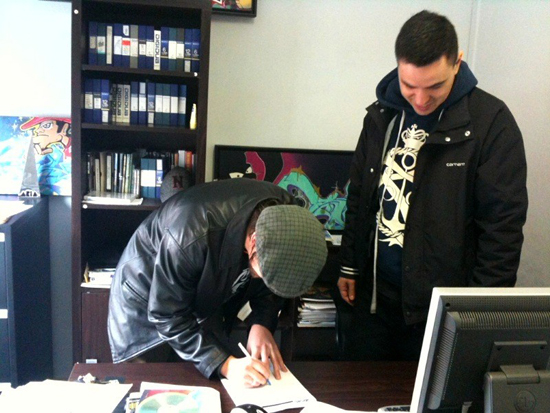 The moment that some would say, changed Mantra’s life forever. That’s right ladies and gentleman Melbourne emcee, Mantra has officially signed with Obese Records. Obese were hinting at the new signing all day on Twitter and even released this photo of the contract signing itself. Obese have signed some great talent as of late and we’re sure that they have got themselves another keeper with Mantra.

You may remember Mantra from Equills (Mantra, Whisper, and DJ Wax Vandal) with their release The New Threat. The New Threat was a solid album, with some stand out tracks like You Get Down, Man Eater and Foresaken. Mantra has also worked with Chasm on the track Cyanide Tip for Chasm’s EP release. You can check out this great clip from an old episode of Heavyweight TV featuring a live performance from Chasm and Mantra. I will give you the link here but you have to select the right highlight clip…it’s the one at the top.

We look forward to some exciting things from Mantra and the Obese stable. 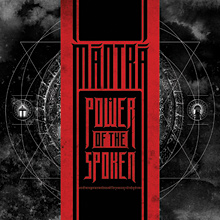 Cover pic of Mantra’s upcoming album, Power Of The Spoken.