After a poor showing last year, it’s time to get some aussie hip hop in the Triple J Hottest 100 for 2009. Each week leading up to the countdown allaussie hip hop will provide you with a selected Australian artists  ‘Top 10’ of the year. 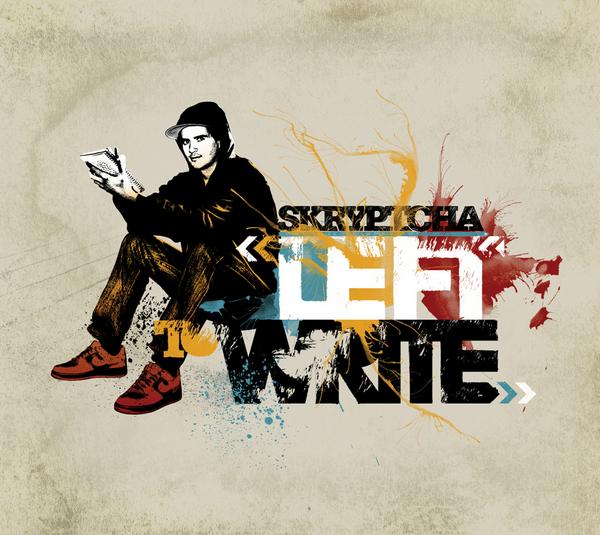 To kick things off we have Skryptcha, the 22-year-old Sydney MC who released his Left To Write EP earlier in the year which featured hits like Food For Thought and a fav of ours Turtles. Here’s a bit on what Skryptcha had to say about his upcoming album titled ‘One Way’ due for release early 2010.

Expect some insane production from the likes of my man Chasm, M-Phazes, Jase & Ante Escobar, among others.  Almost half of the album has been produced by the legendary Domingo from NY and I can tell you, these beats are going to blow a lot of people. Domingo’s been an absolute legend in working with me on arrangements for the bangers and I can’t wait to play this new shiet to everyone!!!

Skryp’s Top 10 for 2009.
Thundamentals – The Mash
The Thundas had a huge year.. I absolutely loved their album and this was my favourite joint off it. Probably the catchiest, funkiest joint to come out of Oz hip hop this year. Tuka & Jeswon really smashed this track with some incredible flows. The beat grabs you right from the minute it drops in, it’s definitely the perfect track for Summer.

Hilltop Hoods – Still Standing
This was my favourite track off the Hoods’ massive album ‘State of the Art’. The whole album was killer but it’s the beat that really grabbed me on this track. I’m a huge fan of reggae style sounds and Suffa absolutely murdered the beat, the raps are well beyond killer too!

La Roux – Bulletproof
La Roux makes some really different music, which is sick and this track pretty much has it all. A really catchy techno beat with some fat synths and a hook that really grabs the listener. I just really love how different she is and this track was definitely a stand out for this year.

Mos Def – Auditorium feat Slick Rick
The ruler is BACK! Haha, I was so pumped to get my hands on a brand new Mos Def album this year. He’s one of my favourites of all time and was definitely at his soulful best on this one. This beat is absolutely incredible, Madlib kills it with the middle eastern sample.. The track’s topped off by some Slick Rick domination, I didn’t really know how he’d sound next to Mos but it’s killer, his verse is so chilled like the dude just knows he’s the shit. Dope, dope track!

Royce Da 5’9  – Dinnertime feat Busta Rhymes
Shiiettt, this track blew me away completely when I first heard it! The beat is huge with some massive horns pumping through your ears & Royce’s flow on this track is one of the best you will ever hear. He’s an absolute beast and completely slays this. So dope to hear Busta smashing itagain too. I’m a massive fan and an even bigger fan of this track!

Jay-Z feat Alicia Keys – Empire State of Mind
This was song of the year for me. A true anthem in every sense of the word, Jay & Alicia Keys pay homage to the ‘home of hip hop’, New York. Another killer beat with a massive hook from Keys. I love Jay’s imagery on this track, from the Knicks to Yankees to Broadway, to the whole NY vibe. This song is just large, real takeover feel to this one!

The Temper Trap – Sweet Disposition
This is one really hypnotic track, the type of song you just get completely lost in. The voice of the lead singer Dougy, is pretty damn incredible and just glides over the fast paced drums. A pretty huge song for this year and one that plenty of people have fallen in love with, with good reason.

Sarah Blasko – We Won’t Run
Sarah Blasko is one incredible artist and she totally nailed it with this album. I’ve been a huge fan of Peter Bjorn & John for quite a while so to have Bjorn Yttling from the group produce this album was always going to deliver something pretty special. The production on this track is bananas. I love a good strong bassline on any track and this one is just so chiller, Blasko sits on it really nicely. The track builds up really smoothly to the hook too, which really launches the whole track to the next level with some nice keys behind it.

Eddie Sharpe & The Magnetic Zeros – Home
This track was probably the biggest surprise of the year for me. It was one of those tracks that I just heard in the car one day and was instantly sucked in by it. A good solid whistling section is always something that catches a listener haha and this grabs you from the first second. The female vocalist on this track has such a like 60’s folk voice, it sounds like something from a completely different decade, which is why I think I dig it so much. It’s a completely hippied out track with some beautiful lyrics.

Jay-Z – Death of Autotune
This was the first taste I got of Blueprint 3 and I was completely geed after hearing this. Jay put the auto-tune trend to bed. The beat from No ID is bananas with that swinging guitar running back and forth you can’t help but nod your head to this one, the horns that come in are hectic too. Lyrically, this track is a real stand out, ‘This is Sinatra at the Opera, bring a blonde’. Haha, it was dope for Jay to come out like this and really attack what a lot of artists were doing the States, artists he’s probably been involved with in the past too. Dope to see a boss getting on top of another ‘trend’ on such an amazing beat.

Stay tuned next week for another artist’s top ten of the year and make sure you get you vote on in the Triple J Hottest 100 for 2009. Follow the link here to vote.