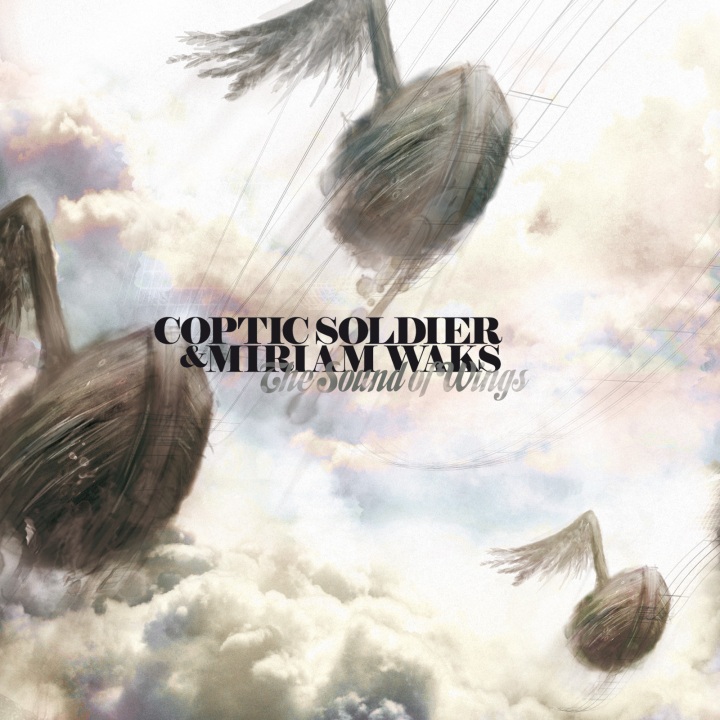 Coptic Soldier is preparing for his debut EP release teaming up with Sydney singer Miriam Waks for eight top tracks on The Sound of Wings EP. The guys over at Rhythm & Poetry are giving you the chance to win a copy of The Sound of Wings EP, but you have to be quick.
Here’s how you do it.

The rules are simple, tweet the above phrase in it’s entirety, unedited on twitter before 11:59pm on the 19th of March 2010 (AWST, +8 GMT) while following the twitter user copticsoldier and you’re in with a chance to win. If your tweets aren’t public or Coptic Soldier can’t see them because you have him blocked or you’re not following Coptic Soldier when at competition closing time, you’re not entered, it’s really that simple.
Full post, including exclusive leak of the track Burn Churches at RandP here.

The Sound Of Wings is the debut collaborative EP from Sydney emcee Coptic Soldier and Sydney soul vocalist Miriam Waks; it drops nationally on April 1st. The Sound Of Wings blends textures and influences from across the board into the type of homogeny that promises to bridge the genre gap, and offers a sound that will be embraced by indie, soul, hip hop and pop lovers alike.

Coptic Soldier has come off the back of four years of nonstop touring, traveling and performing alongside rising Australian hip-hop emcee Phatchance in support of the likes of Bliss n Eso, The Potbelleez, Horrorshow, The Herd, Drapht, Pez, The Funkoars, Pegz, Muph n Plutonic and Phrase as well as international heavy weights Method Man and Redman, De La Soul and Planet Asia, just to name a few.

After receiving nominations for 2008 MO Awards (Johnny O’Keefe Encouragement Award), and the 2007 ACE Awards (Best New Talent), and also appearing on Spit Syndicate’s 2008 ARIA nominated album (Best Urban Release), Miriam Waks returned to Australia from internationally touring her music through India to headline back to back sold out “Songs of the Romance Languages” events in both Sydney and Melbourne.

The Sound Of Wings is packed full of production from some of the best beat smiths in the country, including K21 (2008 Hilltop Hoods Initiative winner), Ash Pope and Germany’s Allrounda.

The Sounds Of Wings boasts verses from Phatchance (Crowned a Triple J Unearthed Featured Artist in 2009), Sydney’s underground heavy weights Mind Over Matter as well as Kansas City’s former Scribble Jam champ Mac Lethal (of Rhymesayers Enternainment). Through working alongside live guitarist Jonnathan Riechardt and bassist Kieran Owens The Sound Of Wings possesses an energy that grants listeners a sense of passion and depth from start to finish.