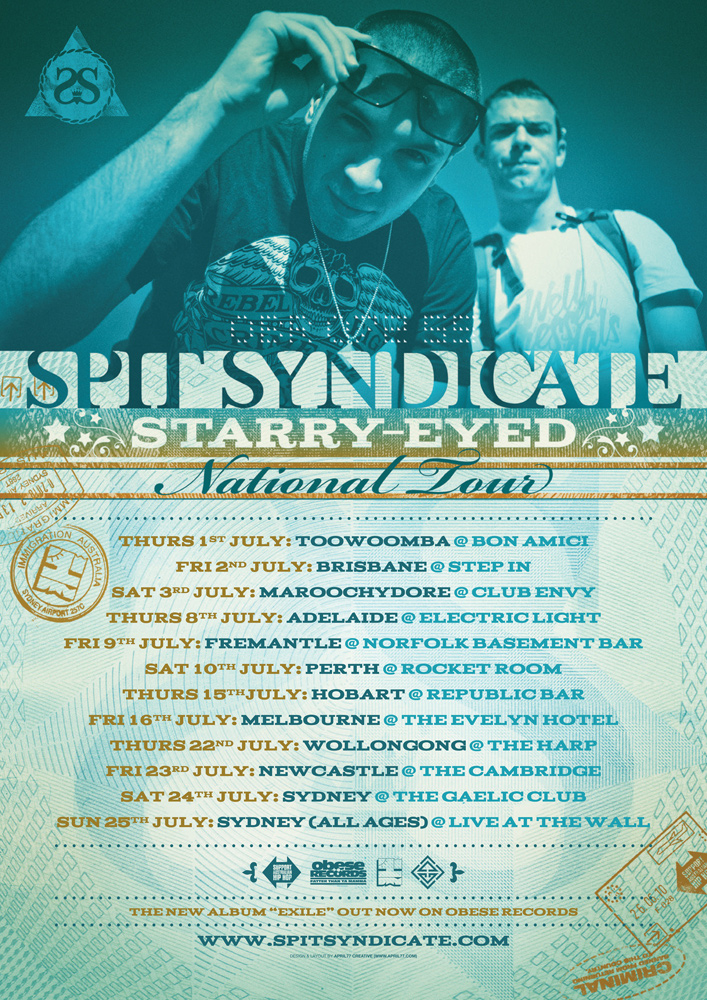 ARIA-nominated hip-hop group Spit Syndicate are poised to hit the road in July in support of their latest release Exile on the ‘Starry-Eyed National Tour’. The Sydney duo recently released their highly anticipated sophomore album Exile to widespread acclaim, debuting at no. 8 on the ARIA Urban charts and no.3 on the AIR Album Charts.

With their lead single Starry-Eyed currently on Triple J, the Double S are set to embark on a headline tour around Australia, joined by special local guests at each stop. Accompanied on stage by musical mercenary DJ Joyride, Spit Syndicate have built a monster reputation on the back of their unique, high-energy live shows.

Spit Syndicate are no strangers to the live circuit, having played successive Obese Block Party tours and joining crew-members Horrorshow on the wildly-successful Inside Story tour in March. The ‘Starry-Eyed National Tour’ is guaranteed to be the biggest tour yet from one of the country’s most exciting hip-hop groups – do not miss this tour when it rolls through your town.

Touring throughout July, tickets on sale now from http://spitsyndicate.oztix.com.au/