Eskatology is an indigenous Artist from Adelaide South Australia, Eskatology has been making some noise with his recent release Martyr Musik a 10 track free promotional Album available for free download below. Eskatology first found Hip-hop at the age of 9 whilst listening to a cousins mixtape of old N.W.A. tracks. 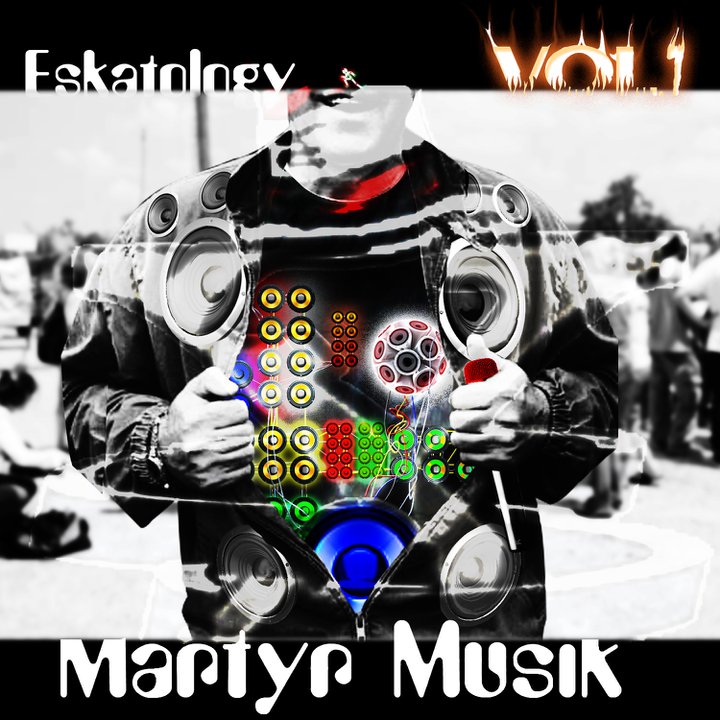 At the age of 12 Jonathan Stier wrote his first rap which was a dedication to his Grandma that passed away. At the age of 14 he started recorded at a friend’s place to old beats that he found on a 10 dollar microphone, he would later do a similair thing with neighbourhood friends in his hometown of Port Augusta, SA where they would all do backyard freestyles. After more cosideration Eskatology thought to take his music to the next stage in 2004 he released his first Mixtape called Lost Angel under the Alias of J-Locc which he done up 50 copies on burnt cd’s.

In 2008 Eskatology moved to Adelaide and released a demo and started performing with events such as Blaknite, Mixedinblack , Northern Elements, Lowdown show and various others. By 2009 Eskatology released his first EP called The Conscious Reality which was a 500 copy press, featuring production and verses from Dan The Underdog, and production by MC Simplex from Terra Firma, Davey Beats and various other producers. As 2010 approached Eskatology had built a small following around Adelaide, he started to get the attention of local artists which gave him a spot to perform alongside Hektic MC, a local MC/Producer and Promoter. Eskatology also caught the attention of Sydney MC NJE whom put him on two shows for his album launches in Adelaide. In 2011 Eskatology released Martyr Music which is a 10 track promotional album, which once again has production from Dan The Underdog plus All Rounda Productions and various other producers. Eskatology’s music touches on life in general, and produces positive reflections of a negative society.