NJE is a solo hip hop artist who raps about life experiences & topics that everyday people can relate too. He is based in the city of Campbelltown, in Sydney Australia, (Originally born in New Zealand to English parents). 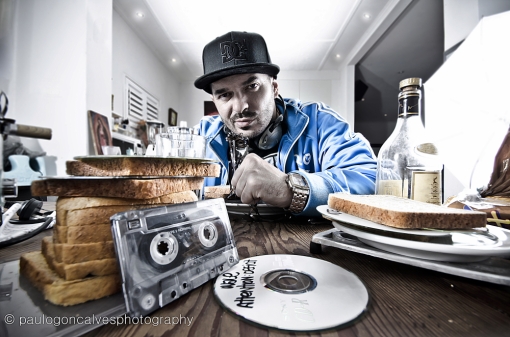 In 2010 NJE put out his 2nd LP From The Outside Looking In, the album featured some well respected Aussie talent like Mind Over Matter, Phatchance, Torcha & more. The album also featured US R&B/Soul artist Danny Boy who sang with the late/great 2Pac on his tracks I Aint Mad At Cha & Picture Me Rolling. The album was very well recieved by his fanbase. From The Outside Looking In release’s first video, Appetiser (The Entree) was played 5 weeks in a row on ABC Tv’s RAGE.  Late this year will see NJE dropping his 3rd studio album titled Like Food For The Soul. It will feature special guests such as Kool G Rap, Solomon Childs, Chase, Unda Dwella, Sceptic & Dseeva, Untaymable and more TBA.

It also features production from up & coming Melbourne producer Castar and also Domingo, Mr.Zux, So Flawless, Paul Andreas and Ghosts In The Room (ACT). Below is a taste of possibly the first single titled I Remember. Produced by Castar, the track talks about childhood memories.

Another track that shows promise is the soulful Sort Of Like Insomnia also produced by Castar, which is a song about how the hustle/determination is as the title suggests ‘sort of like insomnia’.

One thought on “NJE – Like Food For The Soul”