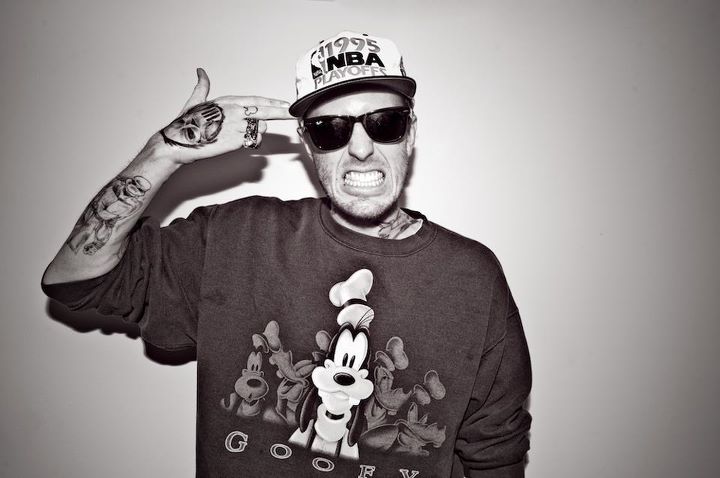 360 also embarked on his national Falling & Flying tour throughout October/November, he played Sydney’s Homebake festival, Falls Festival, picked up the Most Hunted Award at this year’s Jagermeister Independent Music Awards and helped create, what will be the first Australian Facebook fan generated music video for his current single Boys Like You (feat. Gossling).

Voted by the Australian public, 360 proudly took out the annual Channel [V] Oz Artist 2011 award, beating Guy Sebastian, New Empire and Short Stack. Stoked with the win, he had this to share with Channel [V], “Told you I’d f**kin’ win ay silly f**kers. Nah, but thanks very much to my loyal fans. Sorry shirtstack and their fans.” In the lead up to Falling & Flying, 360 released the Stand The Fuck Up Mixtape, which featured a variety artists from around the country over familiar beats.

360 released 3 film clips from his Falling & Flying release including Killer, Jost Got Started feat. Pez and more recently Boys Like You feat. Gossling, which featured a cameo from Ruby Rose. Triple J featured Falling & Flying as their feature album of the week, which was followed by 360 performing on Triple J’s Like A Version with a great cover of Regurgitator’s – The Song Formerly Known As.

Fans were treated with another release in the form of the Killer EP, which featured remixes of the track Killer from Dr Don-Don, 12th Planet, Los Maddens & Redial. Out of the studio, 360 used 2011 to tear up the battle scene with several high profile battles including the massive 360 Vs. Kerser (Grind Time Now Australia)  showdown.

Both the Falling & Flying LP and single Boys Like You recently went Gold topping off an amazing year for 360. Expect a mammoth 2012 for 360 as he prepares for his Boys Like You national tour throughout February/March.