To much anticipation, Foreverlution hit store shelves in July and Thundacats responding instantly taking the band into the ARIA and AIR charts for the first time ever. Debuting at #3 on the AIR Charts, #17 on the ARIA Urban Charts + #19 on the ARIA Australian Charts. It’s first single Paint The Town Red was already getting a pasting on airwaves across the country with their 2nd How You Been? also being added to triple j rotation. 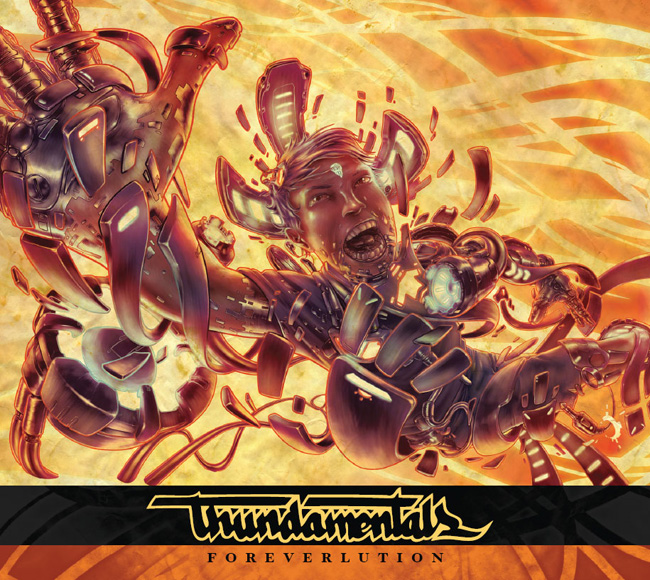 The critics responded in kind with the fans praising the album for its immaculate production and international sound. Soon after its release Thundamentals hit the road for what was to be an onslaught of touring, first with Outkast’s Big Boi in August, then with Drapht + Muph & Plutonic throughout September + October and finally for their own Foreverlution tour in November to massive crowds including a sold out Sydney show at Oxford Art Factory, all up playing to thousands of Hip Hop fans in the space of a few short months.

There is little rest in sight for Thundamentals as they step up to festival stages over summer, already slated to appear at Pyramid Rock Festival, Peats Ridge Festival and Corinbank Festival. That’s not even the end of it, they have just announce they are heading out for another massive tour with The Herd (Elefant Traks) in March + April of 2012. So when 2011 drew to an end, there is little disputing Thundamentals are one of the most in demand live hip hop acts in the country. How You Been? feat. Jace Excell is the 2nd single from Thundamentals sophomore album Foreverlution released 29.07.2011 through Obese Records.