2011 saw Eloquor travel across the country alongside Pegz on the massive Bombs Away Tour with official hype man duties. While touring and holding down a day job he managed to write and record material for his best work to date the 8 track  Human Condition EP. 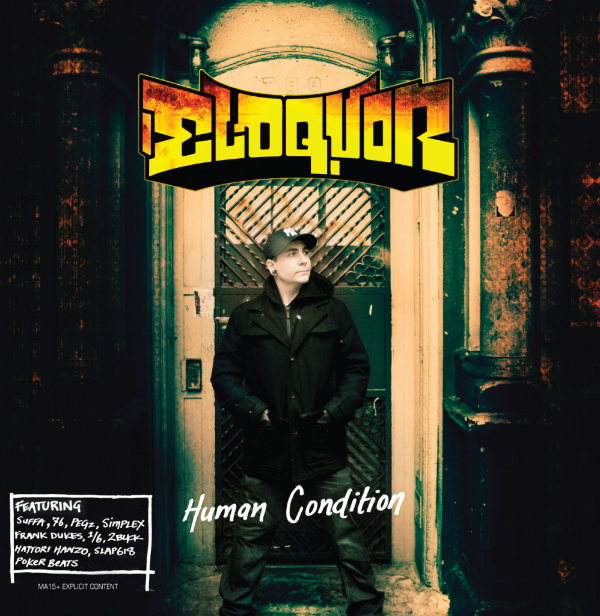 Eloquor appeared on numerous radio shows around the nation including PBS FM with Hippopotamus Rex, Top Billin‘ and also KissFM. Eloquor welcomed a new addition to the family in 2011 and tied out the year with the official release of the Human Condition video clip.