Former Hilltop Hoods Initiative winner Jimblah, is a young Aboriginal man, identifying as Larrakia and Yanuwa. He was born in Broome, in northern Western Australia and grew up in Katherine in the Northern Territory. Jimblah has been living and making music in Adelaide for the last 12 to 13 years. 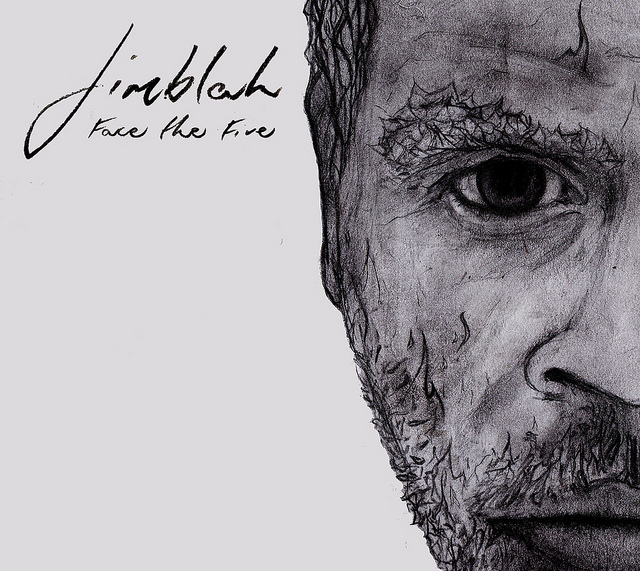 Being a winner of the prestigious Hilltop Hoods Initiative Jimblah has since then become a name that can be associated with such artists as A-Love, BVA from Mnemonic Ascent, Karnage & Darkness and the Last Kinection, to name a few. He has performed at countless festivals including The Spirit Festival, The Dreaming, Stylin up, Big Day Out, Groove Is In The Park and Good Vibrations. Jimblah also helps out wherever he can in the local Indigenous Hip Hop scene in Adelaide, often supporting local Indigenous talent.

Jimblah is someone who represents his Indigenous roots to the fullest, never forgetting nor compromising who he is – a strength of self that shines through in his music. Jimblah moved from the Northern parts of Australia to Adelaide at a young age and quickly fell in to the Hip Hop scene there, originally influenced by more commercial Hip Hop, but learning more about Hip Hop as a way of life and a culture the more he became involved in the local scene. He started out by freestyling regularly, rapping with others and writing tracks by the age of 15.  Alongside fast-becoming a veteran rapper, Jimblah is also a well-respected DJ and Producer. He aims to provide production to much of his own music as well as others.

Jimblah has toured extensively across Australia and uses both his music and his intellect to give voice to young people, particularly young Indigenous people. As such, Jimblah represents Australian and Indigenous Hip Hop on the international stage, being a member of the Australian Youth Music Council and recently attending the 3rd International World Music Forum in Tunisia, North Africa. This allowed him the opportunity to run his own session entitled, “Hip Hop as a tool for social change” at the 4th world forum of music in Tallin, Estonia. Jimblah is the only Indigenous Australian to have attended this prestigious Forum, which is convened by the International Music Council bi-annually.

Jimblah has just released his self produced debut album, titled, Face the Fire. With a National tour planned for this year, keep an eye open for Jimblah.