Hailing from Hobart mdusu (pronounced muh-DOO-soo) or MD or Duse, is one of Tasmania’s premier hip hop artists. Since his first live performance as an MC in 2003, the MC/producer has built himself a reputation Australia-wide for quality recordings and raucous live shows, a feat which is all the more remarkable considering the isolation of his home town. 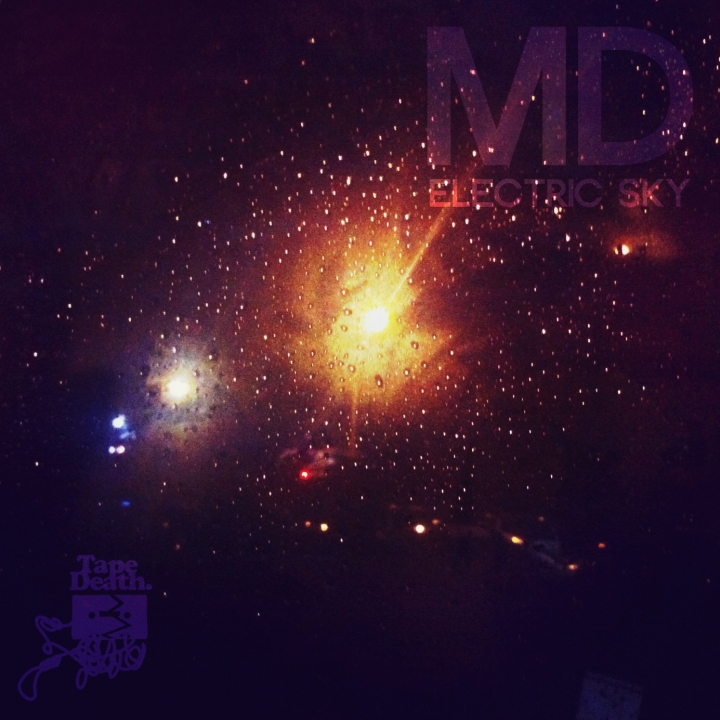 In just a few short years, he has performed alongside acts such as De La Soul, Jurassic 5, Jungle Brothers, Z-Trip, Swollen Members, The Herd, Drapht, Funkoars, Muph & Plutonic etc. and can even lay claim to having shared a stage with Wolfmother (before the Grammy). MD has also performed at every major music festival in Tasmania’s history (the Basin Concert, Gone South, the Southern Roots & Blues Festival, Soundscape & the Falls Festival), and has been a performer on over 10 albums as either a solo artist or band member since 1998.

MD is also an accomplished producer, having laced beats for almost every MC in Tasmania during his 10 plus-years as a beatmaker. A skilled multi-instrumentalist, mdusu has spent more than half his life playing various instruments in live ensembles, and has toured Australia & around the Pacific Islands as far as Hawaii, playing many different styles of music.

Electric Sky is the new EP from MD, featuring six instrumentals, no sample loops – made entirely from one-shot drums & synths. This ‘pay what you want‘ release is on some future-soul shit and is available now through Tape Death’s Bandcamp page. Check it out.