Emerging from Sydney’s hip hop scene, Dutch is currently working on his full length debut album. With a collection of 7 years of involvement in the Sydney Hip Hop world and a growing musical partnership with respected Sydney based producer Espa, Dutch is fast becoming a highly regarded artist with unquestionable potential. 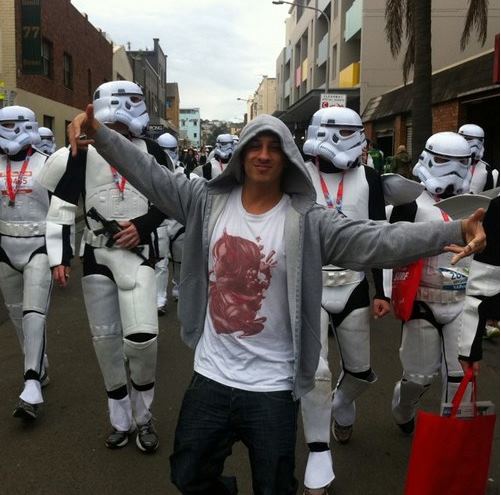 In 2008, Dutch released a self titled mixtape and promoted this through performances at various Bondi venues such as The Eastern and The Beach Road Hotel, in 2009 Dutch worked solely on his upcoming album whilst performing around Sydney. In 2010, Dutch supported Phrase on his acclaimed Clockwork tour. Dutch creates potent yet laid back songs that reveal a tenacious aspect to his views on life. His lyrics are so honest they reveal the thoughts people have but never say. They are relatable and poignant yet are not lacking in a sense of humour.

Currently in the early stages of producing his first full length solo album, his seamless ability to perform on any platform and create rhymes to impress are part of the raw talent Dutch possesses. Here we have a free download from Dutch, a rework of Sia’s – Don’t Mean A Thing (Prod. DC Beats).