Maundz, the outspoken rascal of Melbourne’s rap-scene; has a heart of gold, a potty mouth, and an acid tongue. His second LP Zero, is the first release of 2012 from irrefutable hip hop collective Crate Cartel. Zero is a fast approaching sun on the horizon after what has been a long winter for Maundz fans. 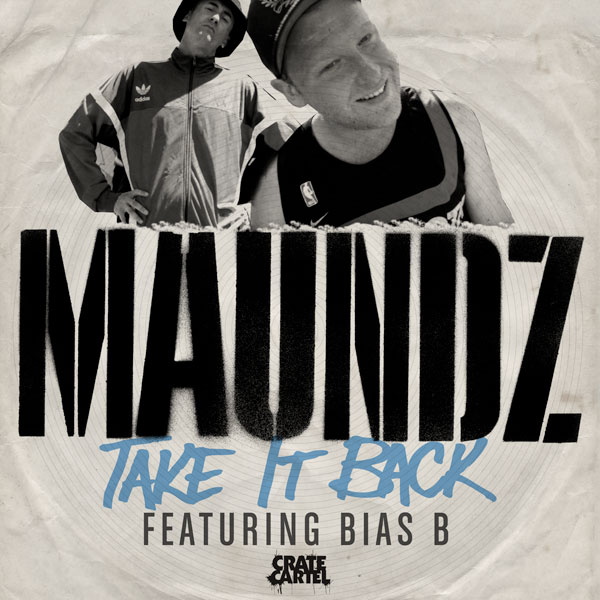 Featuring collaborative efforts from New York’s number one man of the moment Action Bronson, ARIA award winning Drapht, Golden Era’s Vents and Sesta, Melbourne kings Brad Strut and Bias B, and of course Crate Cartel. Revered by the likes of Hilltop Hoods and Drapht as the “next big thing”, Maundz has become highly respected by his underground and commercially established cohorts alike.

The lead single Take It Back featuring the legendary Bias B is full of nostalgic imagery and vintage beats and cuts, the track revisits cultural icons of the 80’s and 90’s. Its accompanying cameo-rich music video gained an extensive amount of exposure within weeks of its release.

Take It Back is characterized by its early 90’s inspired production –courtesy of Wik, catchy call and response chorus (prevalent of the era), and of course the nostalgic references. Throughout the tongue-in-cheek homage collage Maundz and Bias B divulge their own era-reflective stories. Take It Back proves that no matter when you grew up, the cultural impressions of your youth shape you.

“Bias B, Wik and I wanted to make a track that would take people on a little time-machine trip back to the good old days. We get on a bridging the gap type of feel with this one.” – Maundz

Maundz – Zero is available through Crate Cartel on 25th May 2012.