It’s been a four year wait but Horrorshow are back with new album King Amongst Many, set for release August 2nd. The Sydney inner-west duo will also embark on an extensive tour across the country kicking off in mid-September. 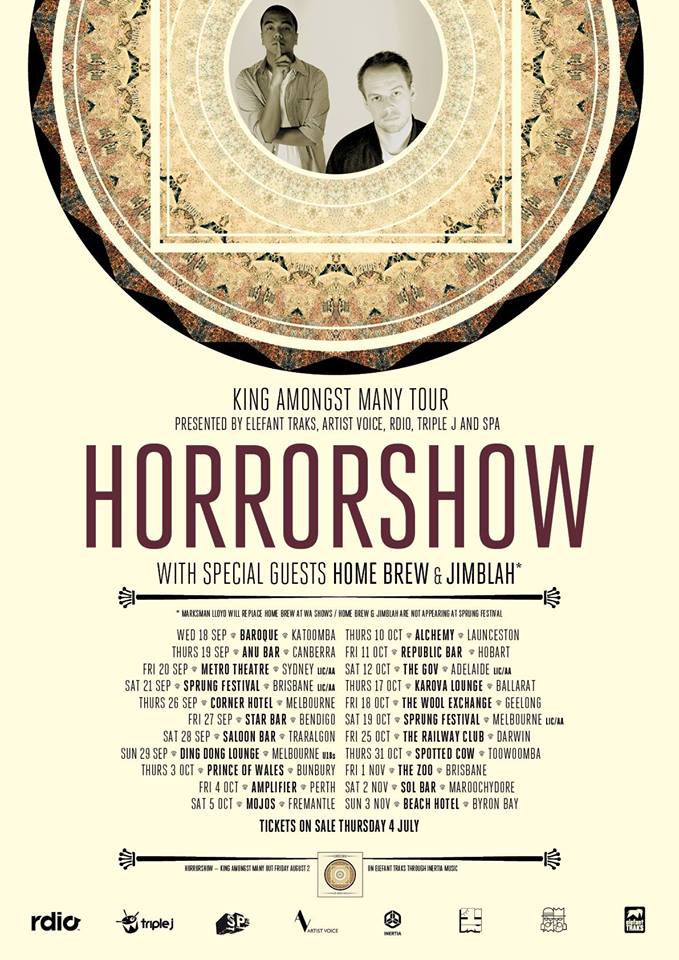 Their new single Unfair Lottery has already been praised by fans and critics alike. They launched Unfair Lottery to a raucous reception at both their Sydney and Melbourne shows which sold out in under a week. Passionate underage fans clamoured to the venues windows to catch the over 18s show. It was clearly apparent how thrilled people were to see this duo back on stage.

Horrorshow will be supported by award-winning New Zealand hip hop crew Home Brew, whose 2012 self-titled debut album reached #1 on the NZ music chart. The ever soulful Jimblah will also be joining them, ahead of the release of his new album on Elefant Traks in September.