After a year in hiding, Context & Jimmy Flipshyt have announced that this August will see the release of their second joint EP, Fire In The Basement. 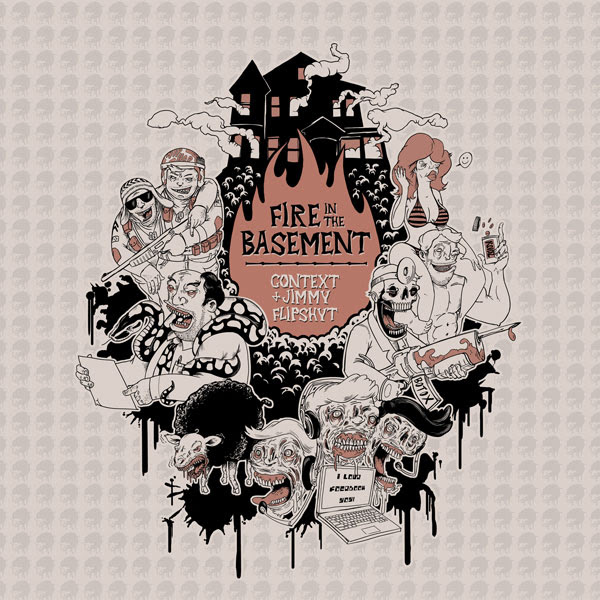 Weighing in at a solid eight tracks, the EP features the classic boom bap sound that the duo have become known for. With guest verses from BVA, P.Smurf, Sinks, Stateovmind, Mattrix and Dane One, this release is set to be the biggest yet from the Canberra/Cairns alliance.

The pair first started making music together in 2012, writing tracks for Context’s debut solo EP, The Monkey Bars. It soon became clear that they had a great chemistry and a mutual respect for hip-hop, and it was off the back of this release that they decided to hit the studio together and record their debut collaborative effort, The Shadows.

The Shadows was well received both nationally and abroad. It led to the duo supporting artists such as R.A The Rugged Man and P.Smurf, and helped build their standing within the local hip-hop scene.

Fire In The Basement holds on to the cheeky ‘Big Dog’ sound and attitude of The Shadows, while simultaneously refining some deeper concepts and lyricism. With obscure samples and classic breaks, this release is definitely worth keeping an eye out for. It will be released through Beat Basement Records and Capslock Collective on CD, vinyl and digital download this August. Stay tuned for more details!