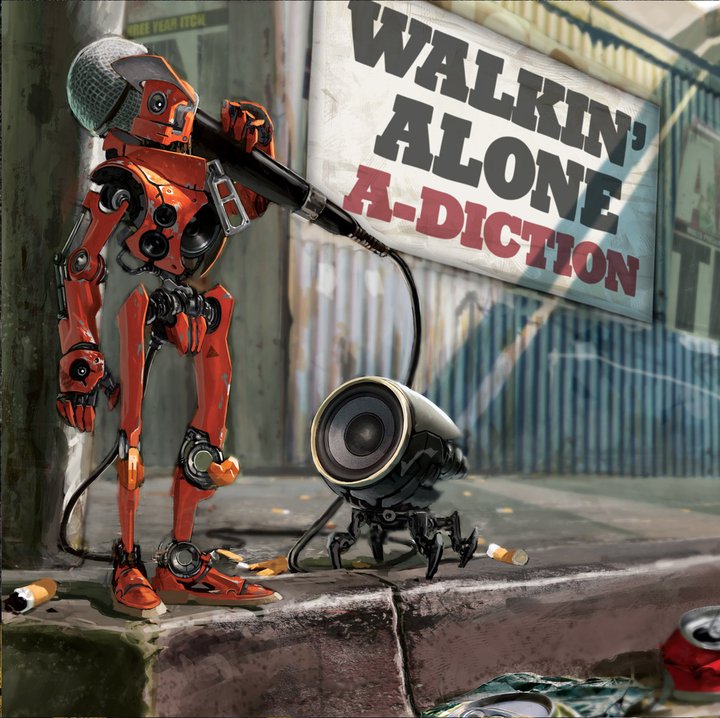 Walkin Alone is the title to Melbourne duo emcee’s Breach and Boltz. Many will recognise these two, with previous mixtape releases under their belt, some may also remember Boltz’ classic Wishlist release from years back. Walkin Alone is an album which combines the observations of city life, relationships, the future and even the 7 deadly sins into a hip hop painted outline of Boltz and Breachs reality. Walkin Alone the title track to the album has Breach and Boltz asking the hip hop community to join them on a journey or they will be going it alone. Lewis One provides the beat to the lead single and was the answer to our A-Diction – Walkin Alone competition. We had three copies to giveaway and those winners have been announced below.

As the level of pressure increases on groups to produce quality debut albums, no shortcuts we made on Walkin Alone. The list of producers include some of Australia’s best, M-Phazes, Jase, Lewis One, Mules and Whisper. Behind the mic the guys are joined by a range of respected emcee’s with Haunts and G-Force making memorable contributions; in addition to Scott Burns, Billy Bunks, Whisper, Raven and Fraksha who appear on the posse cut track Capital Vices. We should also mention the amazing vocals from Vida Sunshyne and Bekah.

“Routine is another word for habit,
do something enough and you’ll forget why you began it
God damn it now your old and gray
and still searching for a dream that’s been thrown away.
Kanyes definition of a man, is everything I’m not made me everything I am,
but as for me I thinking more honestly  everything I’m not,
is everything I wanna be.
My advice is life your life,  never let em say you’re not doing it right….”.

As we progress through the album it’s clear that Boltz and Breach have paid  considerable attention to the overall flow and structure of the album. Each and every track builds on the last, offering something new and exciting for your ears enjoyment. It’s with this dynamic flow that A-Diction are able to present an amazing ‘walk’ throughout the album and the lives of Breach and Boltz. We found ourselves wanting to listen to the album from start to finish every time, rather than jumping in at say track 4 then skipping 5 songs to our favorites. Obviously there are some clear highlights including the track Consistent feat. Bekah, with Mules delivering some absolute fire on the beat. It’s then backed up by an outstanding M-Phazes produced track titled One Fact. Both tracks will be keeping those chriopractors in business over the next few months.

“I manufacture tracks proper not just a,
monotonous records that get forgotten in seconds.
See its a habit of my that in the back of my mind,
I got these thoughts and they just happen to rhyme,
to have you clapping in time, I bless you with the rapping that’s fine,
I’ll come to your rescue like your were trapped in a mine…”.

The humorous Wingman “goes out to single guys” and has A-Diction discussing the plan of attack for any successful Friday and Saturday night. Whisper does a brilliant job on the beat with the bouncy feel tying in nicely to the theme of the track. Next track worthy a mention is the Drop The Beat (Remix), featuring G-Force and Vida Sunshyne. This is one of the most impressive remixes we have heard in a long time. Enough said? 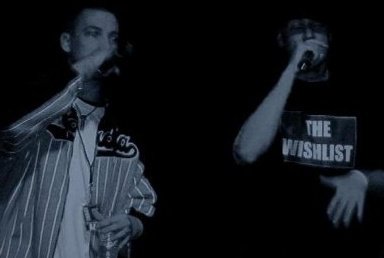 Jase delivers with a funky soul filled beat on Ladies and Gentlemen. We also pay the “That’s What She Said” joke….nice work fellas. There has been much talk about the posse cut track Capital Vices (prod. M-Phazes) feat. Fraksha, Billy Bunks, Scott Burns, Whisper and Raven. We all love a posse track but the way A-Diction tackled this one, was as  an original concept as we’ve seen. Each of the 7 seven rappers undertake one of the 7 Deadly Sins with each spitting a verse to great results. This will surely go down as one of the best posse tracks of the last few years.  Mules exceptional production work continues on the track Just You, which sees Breach and Boltz slowing things up with a nice soulful joint about the inner workings of friendships.

The ease for which A-Diction are able present a vast range of styles and pull off each and everyone is a testament to the skill and hard work that the guys have put in to prepare for this debut. At no point did the sound seem out of their depth, in fact the album was quite inviting and appraochable….sorta like that really hot chick who’s easy to get along with.  The track Unbalanced is a dark tale of humanity and the pain that ‘some’ share throughout the world. Trill holds it down for his only produced track on the album and once again A-Diction continue to deliver some great verses:

“The 3rd world starves the situations hectic,
while western obesity’s become an epidemic,
the greed and gluttony I’ve seen in my country
to me, it just seems to be a beast that is ugly.
Seems strange that we,
can still find things to complain about and its so crazy how,
we stress over the rent or new mortgage,
but we aint never had to worry bout a food shortage….”

Backed with some impressive artwork by renowned illustrator R. Lyons, great beats from Australia’s best producers and also the dynamic duo that is A-Diction, Walkin Alone is set to awaken the sleepers. A-Diction deliver an amazing album that’s meant to be listened too and enjoyed. The guys have grabbed 2010 by the scruff of the neck, slapped that bitch up and left a nice big Walkin’ Alone imprint on her check. (We don’t condone violence against numbers). We really can’t fault this effort – all in all get some!
We score A-Diction’s – Walkin Alone 4.3 out of 5.