For those of you who have been following The Tongue saga we’re relieved to let you know he has been released and is free to tour Australia in November.
His touring partners, Spit Syndicate, covered his legal expenses (hello, record label?) and we caught the big moment where they met up on tape above.

If you need a refresher on the infamous ‘press conference’ that got The Tongue into trouble, you can see the video here.
The Wildside Tour heads around the country throughout November, co-headlined by Spit Syndicate with support from Class A.
Tickets are available now from elefanttraks.oztix.com.au

More info on the tour is available here. 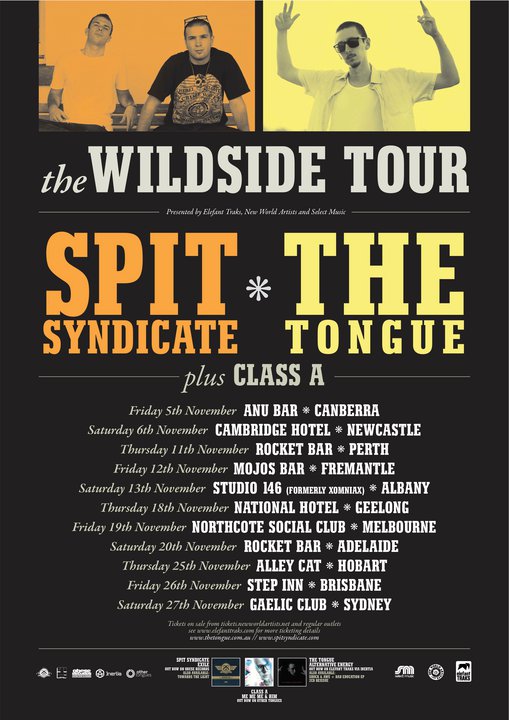